Mark Abramson, Oakland Tribune, December 26, 2007 gives his age (as of 2007) as 49 is an American film producer, animation director and local politician. He produced DreamWorks' Antz and, for Pixar, the Academy Award/Oscar winning Ratatouille (film)/Ratatouille. He also co-directed Walt Disney Pictures/Disney·Pixar's Cars 2. He is a former mayor of the city of San Carlos, California/San Carlos, California.

I would imagine the government lawyers are as equally worried about his testimony as the defense lawyers.

So you can get one brick knocked out, but your wall is still standing. 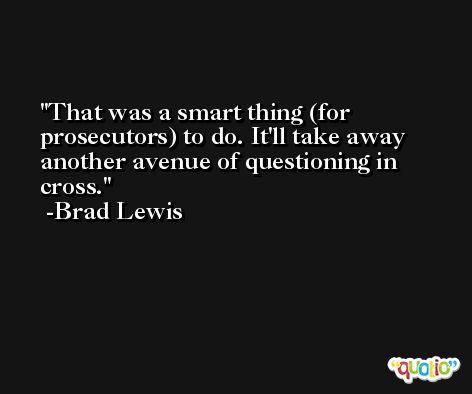 Poker players are going to play anyway. Might as well have that money go to something good. In a home game, it's going to go into someone's pocket.

It's at least got to the level where the SEC believes that there is an issue and it's become more serious. Generally it's seen as not good news. It's not that surprising and it doesn't mean that anyone has drawn any conclusions.