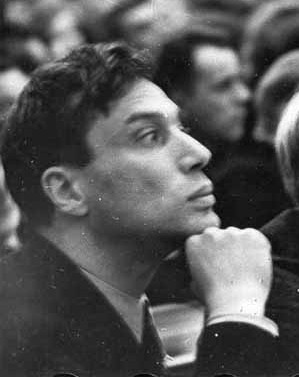 "Boris Leonidovich Pasternak" was a Russian poet, novelist, and literary translator. In his native Russia, Pasternak's first book of poems, My Sister, Life (1917), is one of the most influential collections ever published in the Russian language. Pasternak's translations of stage plays by Johann Wolfgang von Goethe, Friedrich Schiller, Pedro Calderón de la Barca, and William Shakespeare remain very popular with Russian audiences.

Outside Russia, Pasternak is best known as the author of Doctor Zhivago (novel)/Doctor Zhivago (1958), a novel which takes place between the Russian Revolution of 1905 and the Second World War. Due to the novel's independent-minded stance on the socialist state, Doctor Zhivago was rejected for publication in the Soviet Union/USSR. At the instigation of Giangiacomo Feltrinelli, Doctor Zhivago was smuggled to Milan and published in 1957. Pasternak was awarded the Nobel Prize for Literature in 1958, an event which both humiliated and enraged the Communist Party of the Soviet Union, which forced him to decline the prize, though his descendants were later to accept it in his name in 1988.

If you enjoy these quotes, be sure to check out other famous novelists! More Boris Pasternak on Wikipedia.

Even so, one step from my grave, I believe that cruelty, spite, The powers of darkness will in time, Be crushed by the spirit of light.

Our evenings are farewells. Our parties are testaments. So that the secret stream of suffering. May warm the cold of life. 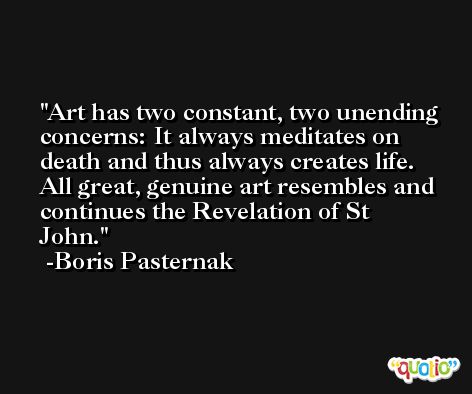 As far as modern writing is concerned, it is rarely rewarding to translate it, although it might be easy. Translation is very much like copying paintings.

The writer is the Faust of modern society, the only surviving individualist in a mass age. To his orthodox contemporaries he seems a semi-madman. 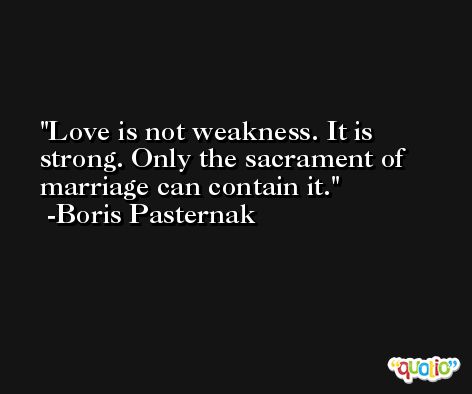 In every generation there has to be some fool who will speak the truth as he sees it.

Gregariousness is always the refuge of mediocrities, whether they swear by Soloviev or Kant or Marx. Only individuals seek the truth, and they shun those whose sole concern is not the truth. 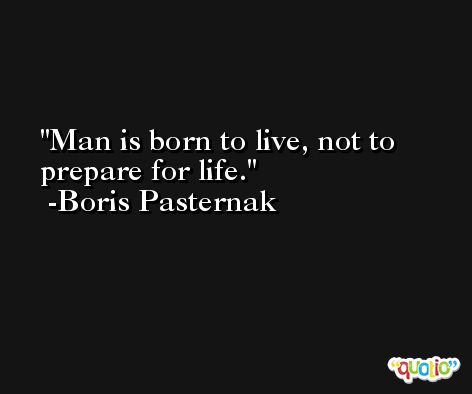 As in an explosion, I would erupt with all the wonderful things I saw and understood in this world.

What is laid down, ordered, factual is never enough to embrace the whole truth: life always spills over the rim of every cup. 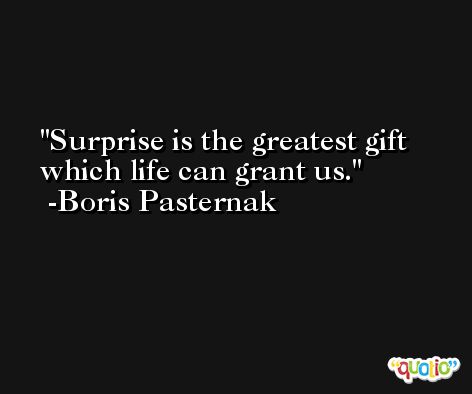 You fall into my arms. / You are the good gift of destruction's path, / When life sickens more than disease / And boldness is the root of beauty- / Which draws us together.

Oh, how one wishes sometimes to escape from the meaningless dullness of human eloquence, from all those sublime phrases, to take refuge in nature, apparently so inarticulate, or in the wordlessness of long grinding labor, of sound sleep, of true music, or of a human understanding, rendered speechless by emotion!