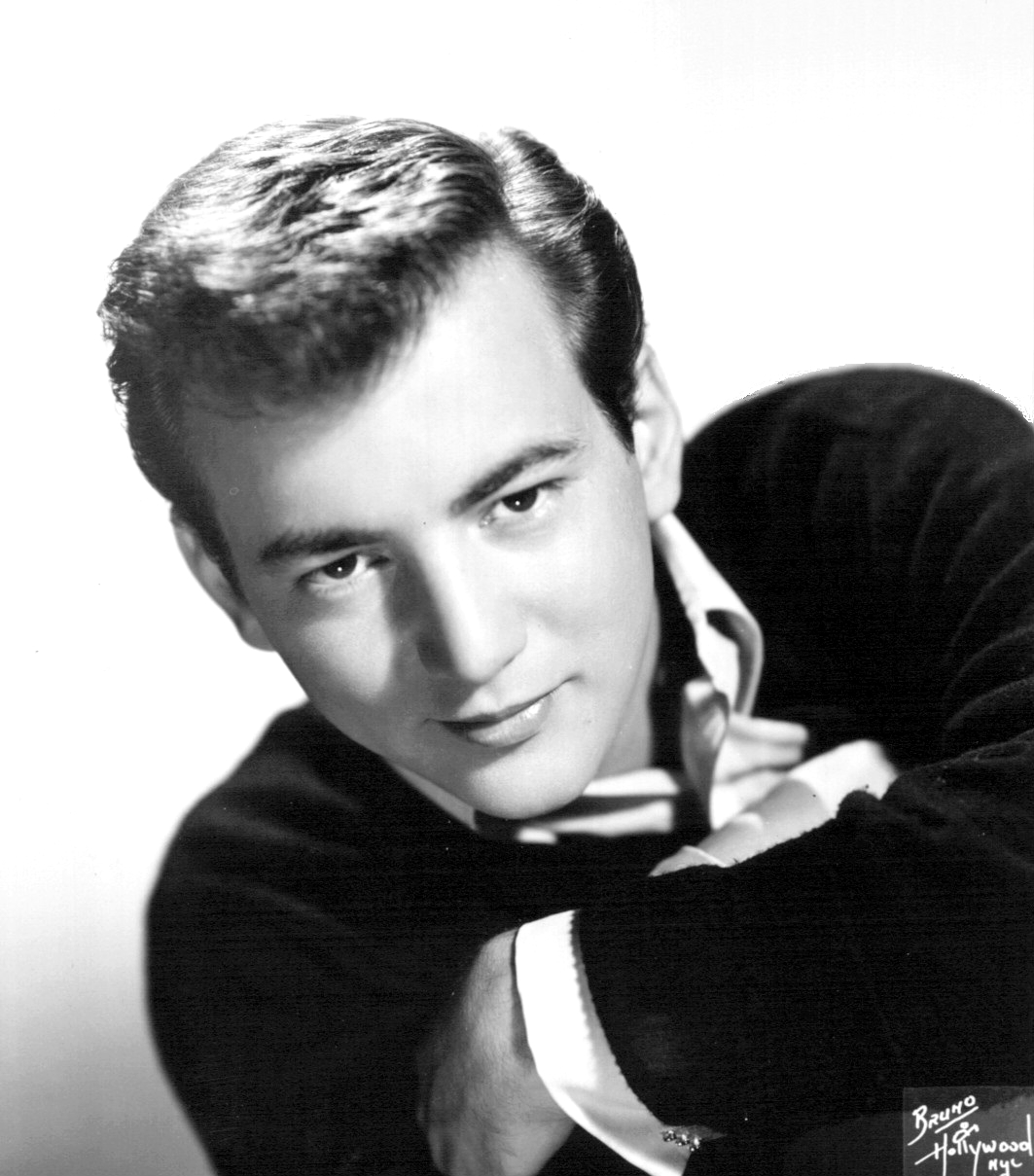 "Bobby Darin" was an American singer, songwriter, and actor of film and television. He performed in a range of music genres, including pop, rock'n'roll, folk, and country.

He started as a songwriter for Connie Francis, and recorded his own first million-seller "Splish Splash (song)/Splish Splash" in 1958. This was followed by "Dream Lover", "Mack the Knife#Popular song/Mack the Knife", and "Beyond the Sea (song)/Beyond the Sea", which brought him world fame. In 1962, he won a Golden Globe for his first film Come September, co-starring his first wife, Sandra Dee.

Throughout the 1960s, he became more politically active and worked on Robert Kennedy's Democratic Party (United States)/Democratic presidential campaign. He was present on the night of June 4/5, 1968, at the Ambassador Hotel (Los Angeles)/Ambassador Hotel in Los Angeles at the time of Kennedy's Assassination of Robert F. Kennedy/assassination. The same year, he discovered that he had been brought up by his grandparents, not his parents, and that the girl he had thought to be his sister was actually his mother. These events deeply affected Darin and sent him into a long period of seclusion.

If you enjoy these quotes, be sure to check out other famous musicians! More Bobby Darin on Wikipedia.

Well, ... I wouldn't kill or rob anyone, don't worry, but I'd sure like to earn some money. 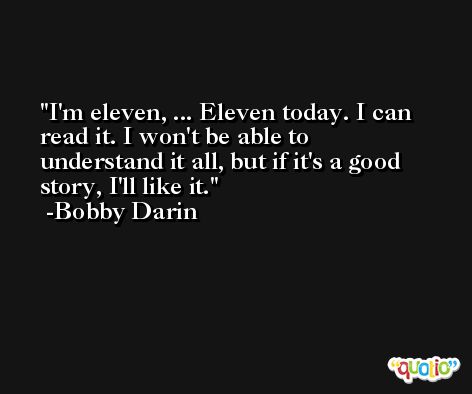 Your mother is a woman of many sayings, is she?

My goal is to be remembered as a human being and as a great performer. 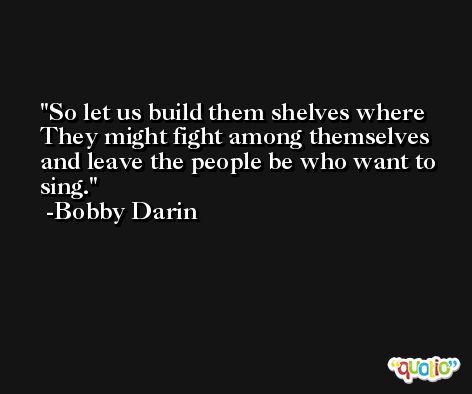 He has suitcases, too.

My whole life has been a lie. 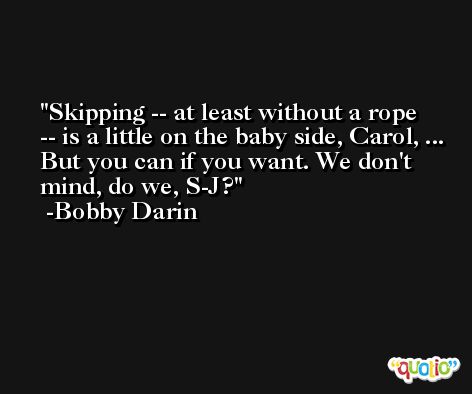