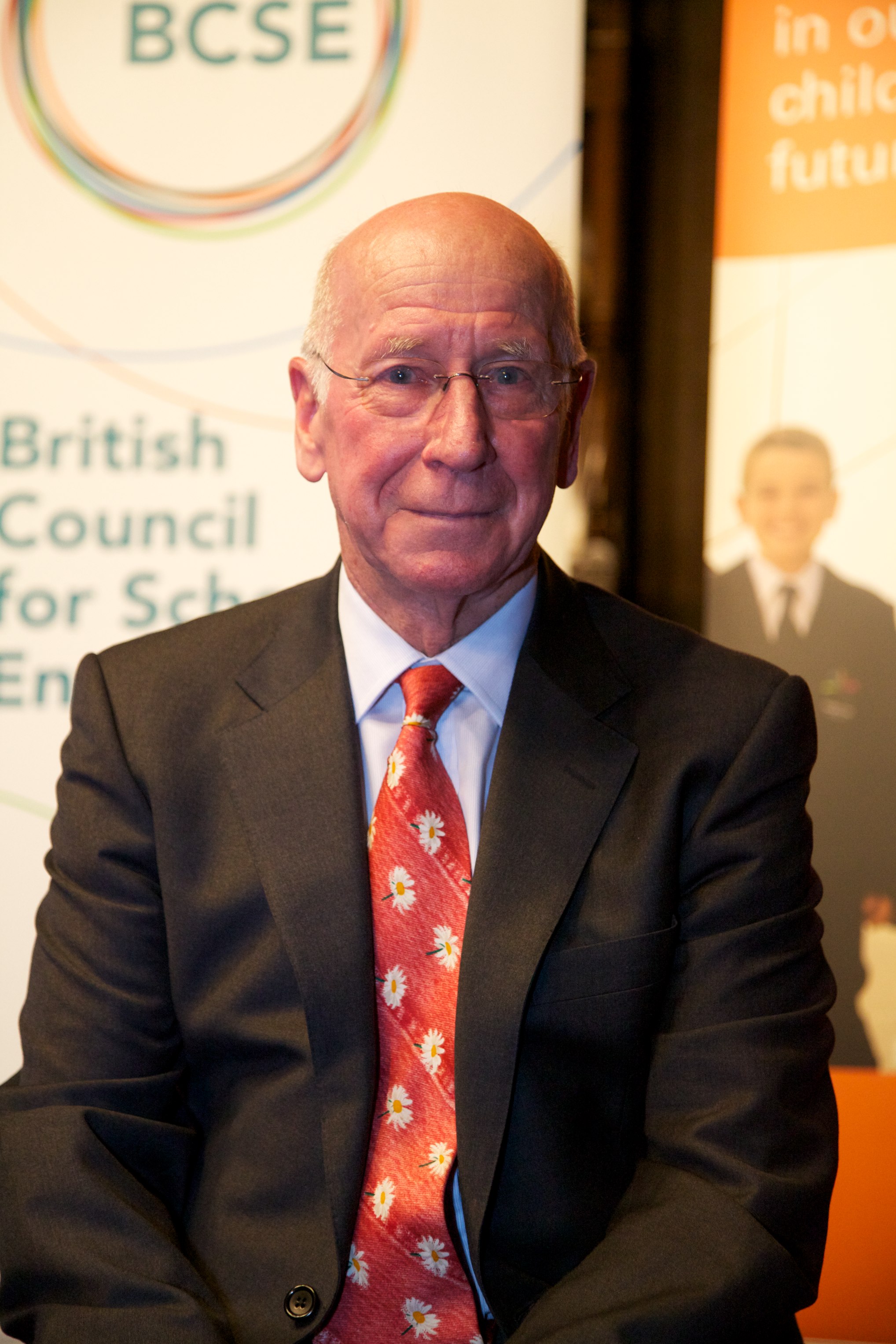 "Sir Robert" ""Bobby"" "Charlton" Order of the British Empire/CBE is an English former association football/football player, regarded as one of the greatest midfielders of all time, and an essential member of the England team who won the FIFA World Cup/World Cup and also won the Ballon d'Or in 1966. He played almost all of his club football at Manchester United F.C./Manchester United, where he became renowned for his attacking instincts and passing abilities from midfield and his ferocious long-range shot. He was also well known for his fitness and stamina. He was cautioned only twice in his career; once against Argentina in the 1966 World Cup, and once in a league match against Chelsea. His elder brother Jack Charlton/Jack, who was also in the World Cup-winning team, is a former Defender (association football)/defender for Leeds United A.F.C./Leeds United and international manager.

If you enjoy these quotes, be sure to check out other famous athletes! More Bobby Charlton on Wikipedia.

But our young players are older and wiser and the ability is there, so we will be okay. 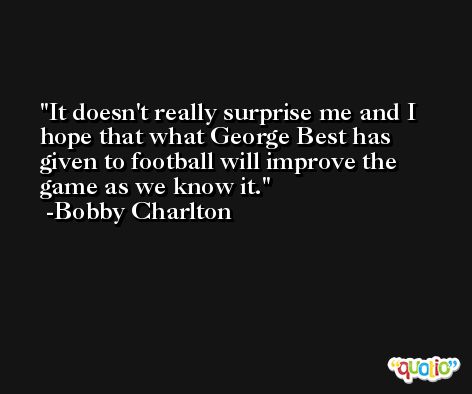 I'd like to see it. It's either a goal or it's not and at least we'd know. It would only take 15 seconds for a decision. Why not when the stakes are so high?

The injuries worry me because they all seem to be long term. 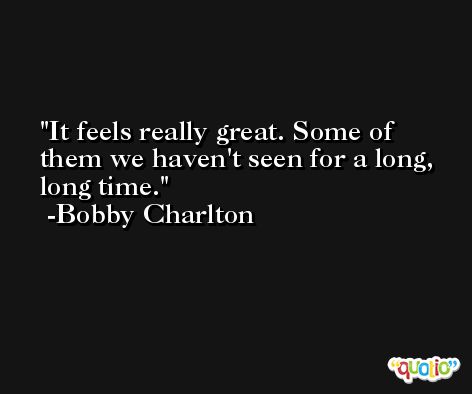 I'm looking forward to the World Cup because I believe Wayne Rooney could be one of the major finds in world football.

It was a fair decision, the penalty, even though it was debatable whether it was inside or outside the box.