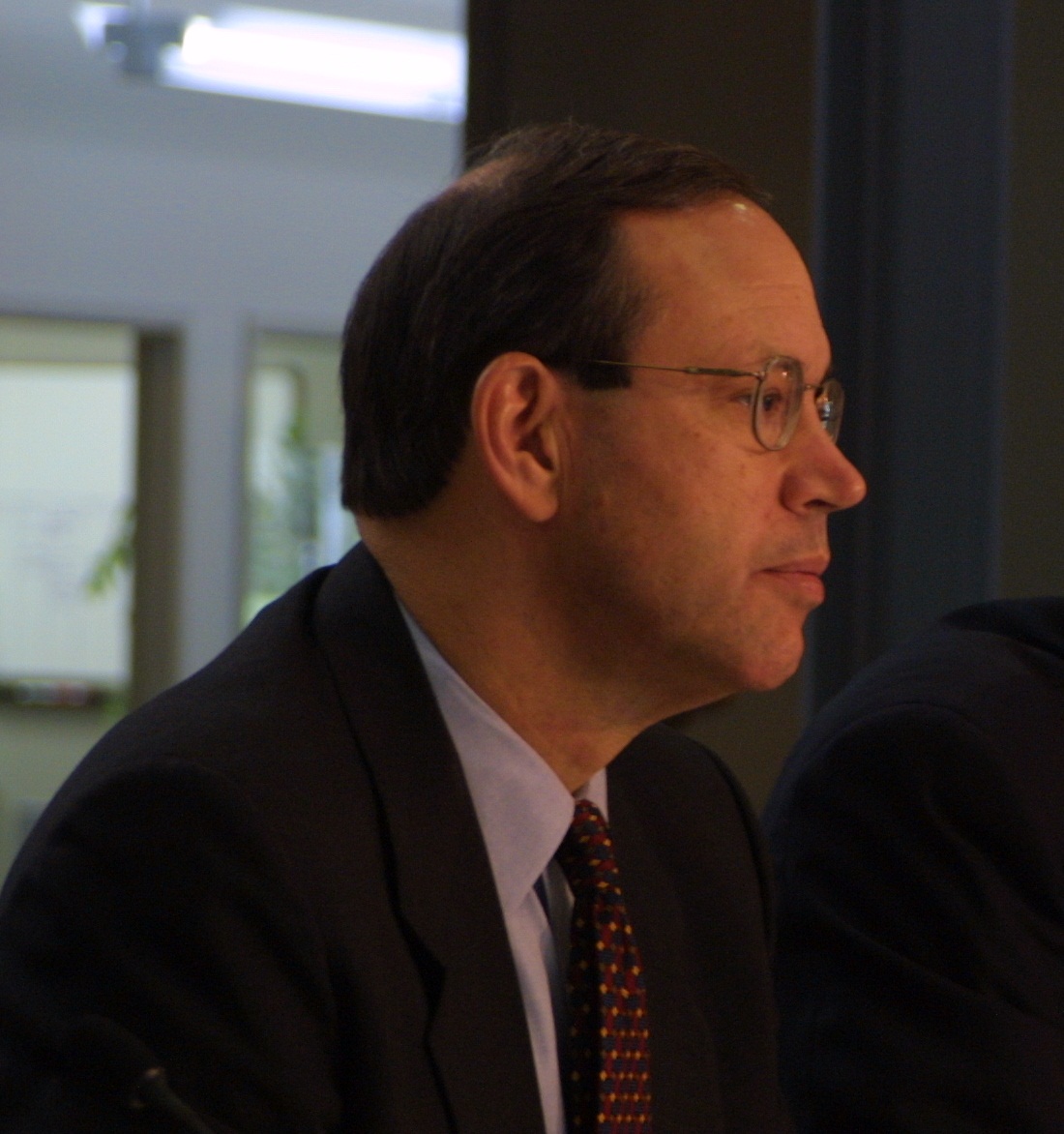 "Robert Alphonso "Bob" Taft III" is an Ohio Republican Party politician. He was elected to two terms of office as the List of Governors of Ohio/67th Governor of the U.S. state of Ohio between 1999 and 2007. After leaving office, Taft started working for the University of Dayton beginning August 15, 2007.

If you enjoy these quotes, be sure to check out other famous politicians! More Bob Taft on Wikipedia.

I've traveled this great state for many years, and seen firsthand our tremendous strengths. And our foremost strength is our people.

We must ensure our system of higher education offers world-class quality for a world-class economy. 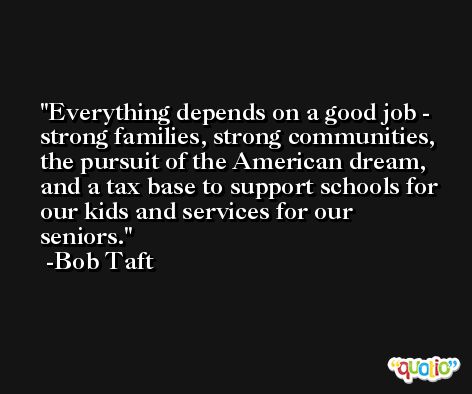 We stand strong together - as Americans - many cultures, races and faiths, but one nation under God.

Whether we knew many who died on September 11 or personally knew none, we all lost something on that day. Innocence. Security. A trust that our homeland would always be safe. 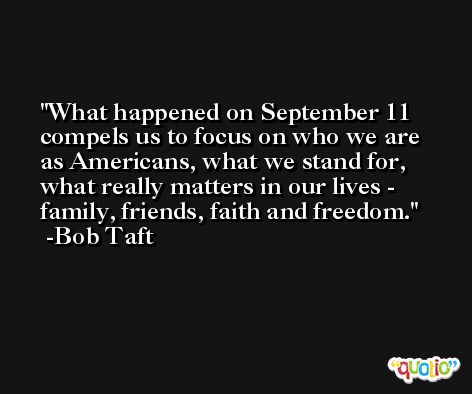 Let us walk in the shoes of those who went before us, and conquer the third frontier on whose threshold we stand today.

The terrorists thought they could destroy America. How wrong they were. Instead of weakening us, they made us stronger. 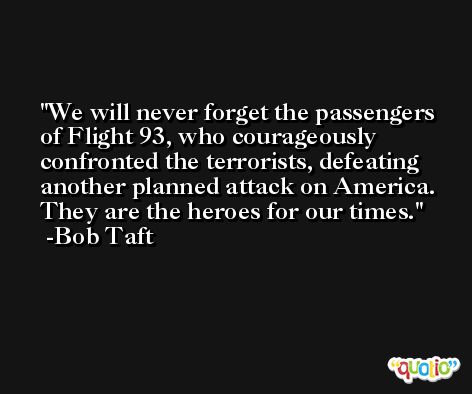