"Joseph Robert "Bob" Kerrey" is an American politician who served as the List of Governors of Nebraska/35th Governor of Nebraska from 1983 to 1987 and as a United States Senate/United States Senator from Nebraska from 1989 to 2001. Before entering politics, he served in the Vietnam War as a United States Navy SEAL officer and was awarded the Medal of Honor (MOH) for heroism in combat. During the same action for which he was awarded the MOH, he was also severely wounded, precluding further naval service.

Kerrey was a candidate for the Democratic Party (United States)/Democratic presidential nomination in 1992. He retired from the Senate in United States Senate election in Nebraska, 2000/2000 and was replaced by former Governor and fellow Democrat Ben Nelson. From 2001 to 2010, he served as president of The New School, a university in New York City. In May 2010, he was selected to become the head of the Motion Picture Association of America, but he and the MPAA could not reach an agreement, so former Connecticut Senator Chris Dodd was chosen instead.

If you enjoy these quotes, be sure to check out other famous politicians! More Bob Kerrey on Wikipedia.

I love Gerhard, ... We've talked to one another over the past 32 years. He's never expressed anything of the kind to me over that period of time.

My view is that you never argue with the customer about your name. 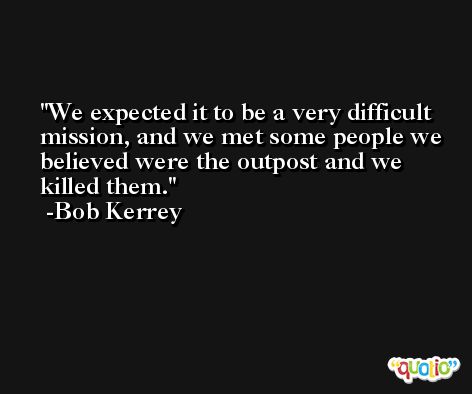 Cuba wants to get rid of a dictator, and baseball needs a dictator.

With Versailles (the treaty) in 1919, we viewed the Arabs as largely tribal, bedouin, backward. They couldn't govern themselves... the French, British, provided the stable government that allowed commercial transactions.... As a consequence of our lack of confidence in them, we've communicated that democracy is a vital, difficult option for everyone but them. 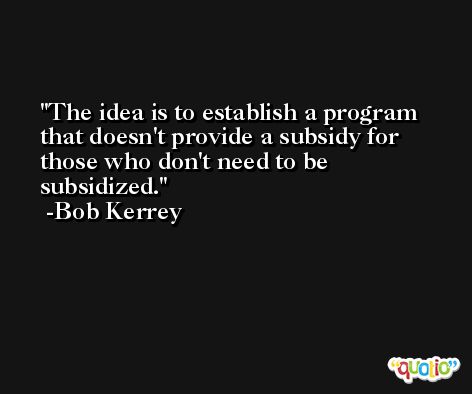 We're all seeing the same thing - our students, our staff and our faculty are asking that we provide quality facilities. They matter. They affect the decision to come, the decision to stay and the quality of the work while you're here.

The problem is you tend to look back and identify mistakes, and as a consequence of feeling terrible about mistakes you say you bungled this so bad, let's get out of here. 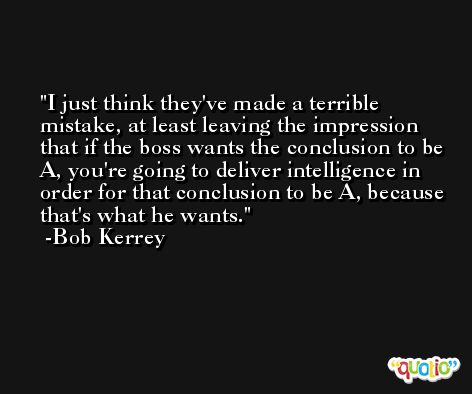