"Robert Perry "Bob" Golic" is a former American college and professional American football/football player who was a defensive tackle in the National Football League (NFL) for fourteen seasons during the 1970s, 1980s and 1990s. Golic played college football for the University of Notre Dame, and was recognized as an All-American. He played professionally for the New England Patriots, Cleveland Browns, and Los Angeles Raiders of the NFL. Since retiring as a football player, he has worked as a television actor, radio personality and sports commentator.

He was one of the guys ... there was this perfect communication with him. When I heard he was getting this job, there was no doubt in my mind from a personality standpoint he was perfect for this job.

Other than that, I've taken grief my whole life over the way I played and this and that. I let the criticism roll of my back and use it to get better. 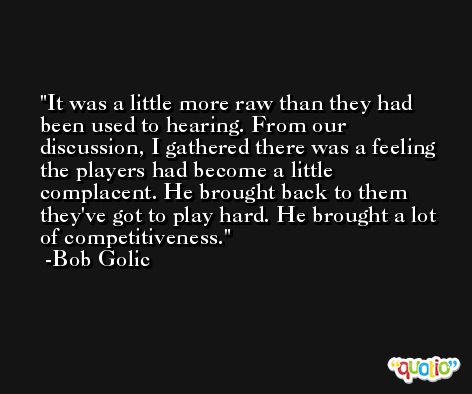 The more comfortable we got chatting, the more I drifted away from giving down-and-distance and the other basic things.

When I turned on the TV one day and saw he was the offensive coordinator for the Patriots, the first thing I thought was ... Charlie? Wow, maybe I should have known that since I'm in sports broadcasting. Of course, now I try to get tickets and can't, and he doesn't return phone calls. 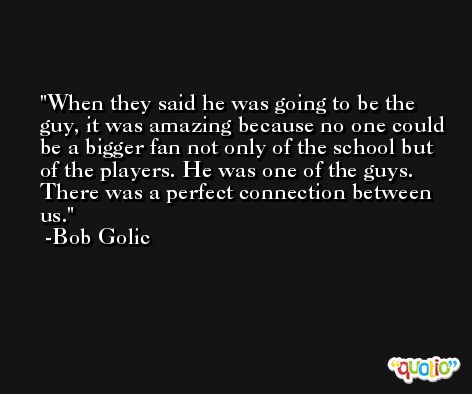 I remember he got beer for us for parties after the game. He was always good friends with us (players) for a long, long time.

I was thirstier after games, (Weis) did his best. 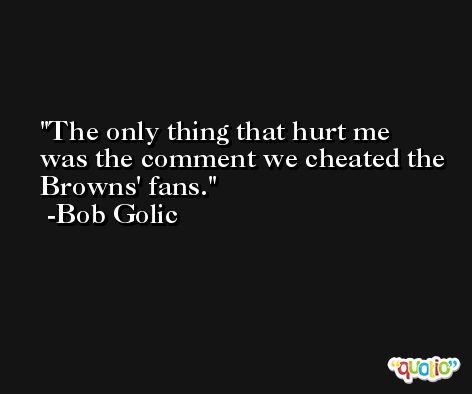