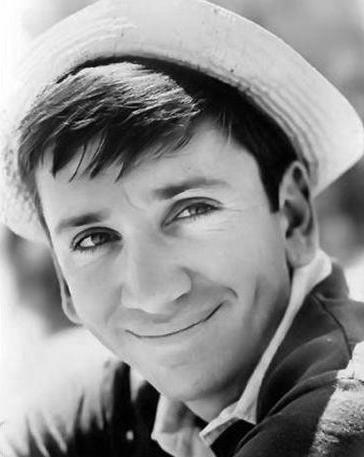 "Robert Osbourne "Bob" Denver" was an American comedic actor known for his roles as Gilligan (Gilligan's Island)/Gilligan on the television series Gilligan's Island and the beatnik Maynard G. Krebs on the 1959–1963 TV series The Many Loves of Dobie Gillis.

If you enjoy these quotes, be sure to check out other famous actors! More Bob Denver on Wikipedia.

He was my everything and I will love him forever. 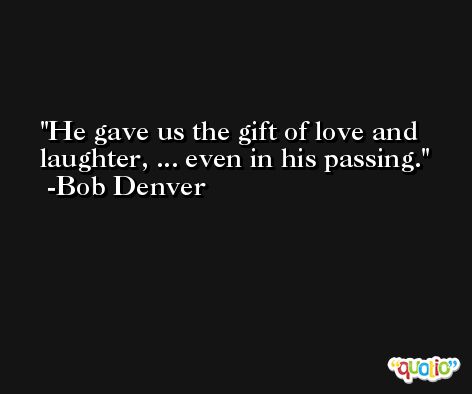 Dawn Wells, who is Mary-Ann, has a cookbook out, which is really a lot of fun. It's got thirteen coconut cream pie recipes.

It's 40 years this year it's been on the air continually. 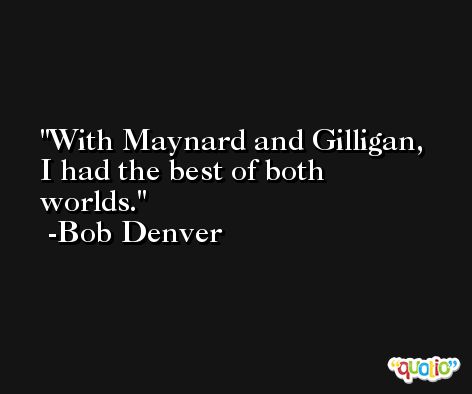 Nah, the Smithsonian doesn't ask for anything back from Gilligan, ... They haven't dropped that low yet. 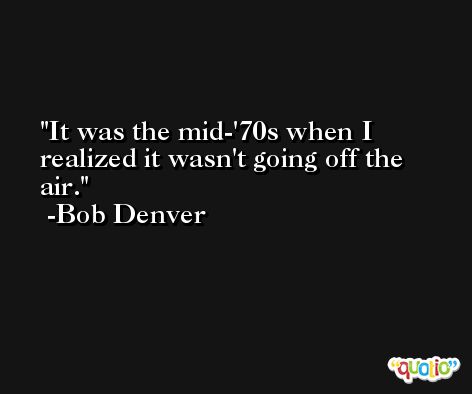