"Sir Robert Carrington "Bob" Cotton" Order of St Michael and St George/ Officer of the Order of Australia/AO was an Australian politician and Senator for New South Wales in the Parliament of Australia from 1966 to 1978. During that period he held the portfolios of Minister for Civil Aviation in the John Gorton/Gorton and William McMahon/McMahon governments, and Minister for Industry and Commerce in the Malcolm Fraser/Fraser government.

On the edge of London restaurants for instance are doing particularly well, it is the central core of the capital that is suffering.

There needs to be an understanding of what is reasonable for a particular industry, so in hospitality there will be problems with listed buildings and Braille if menus that change daily. 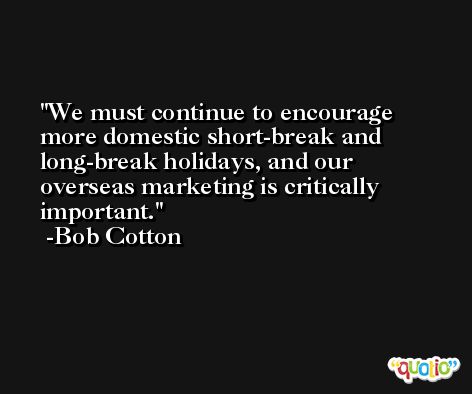 Hotels in particular are being hit and specifically for the Autumn period -- this is because it is the conference season and this affects the top-end hotels the most.