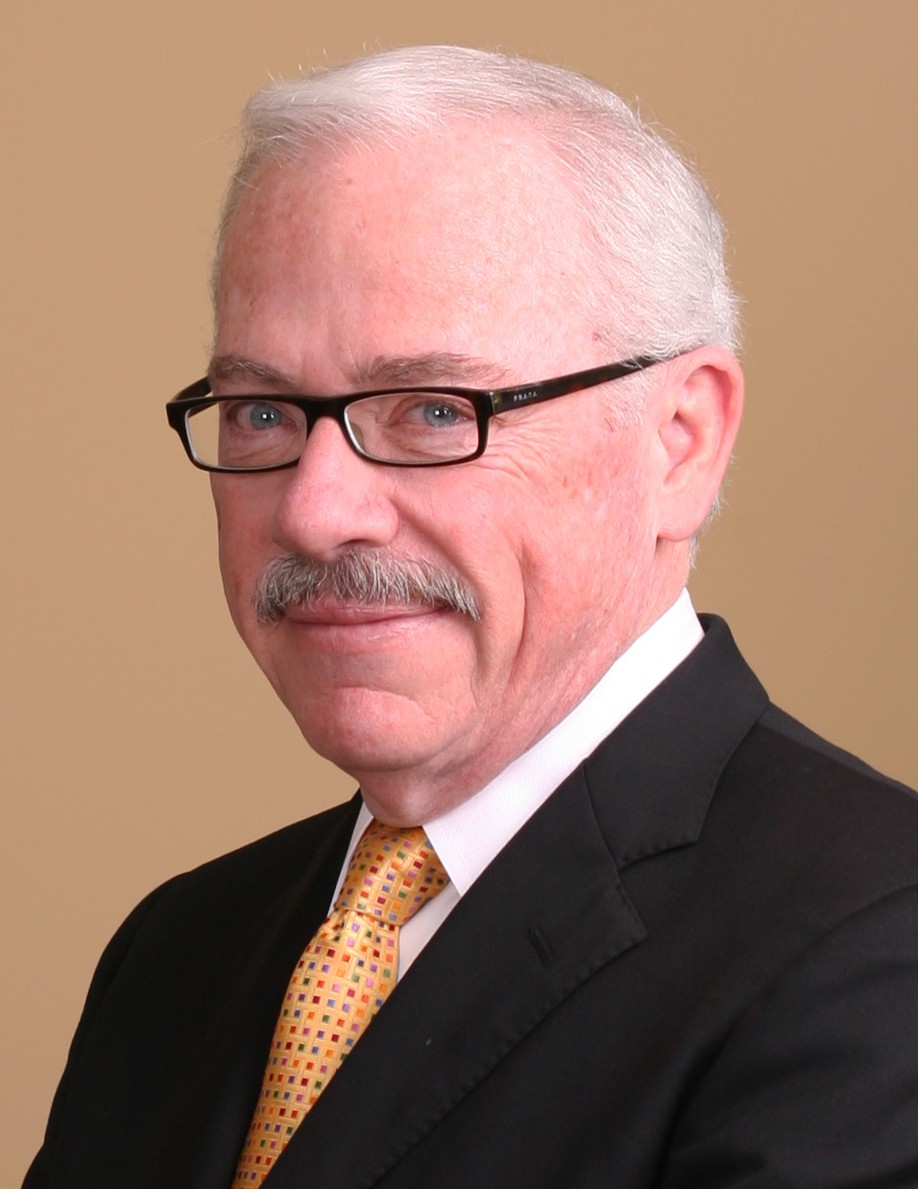 and a former member of the United States House of Representatives.

If you enjoy these quotes, be sure to check out other famous politicians! More Bob Barr on Wikipedia.

Now, members of Congress will vote on a final conference report knowing that the FBI has in fact been using these provisions to get library information, and Congress won't be making a decision based on erroneous information put out there earlier.

We've accomplished, as a team, more than many members. 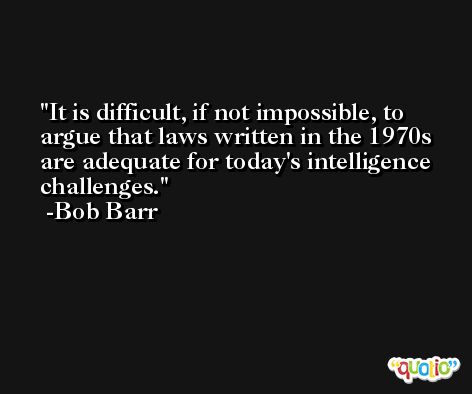 I think this creates further a credibility gap for the government, and it is certainly fortuitous this came out before final action is taken by Congress.

(The ruling is) certainly not going to have any effect on the inquiry of impeachment. 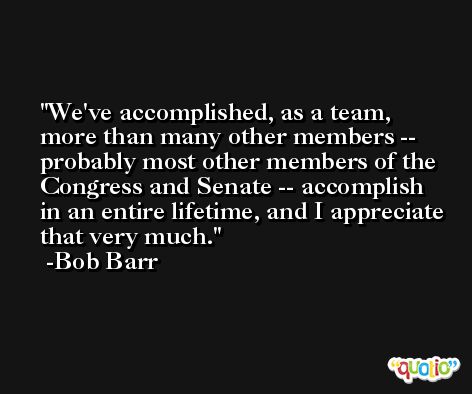 That's not a decision that has been conveyed to us with any finality by the chairman ... I'm confident there will be additional very important witnesses.

There is no other place that we have where we can use live fire as we do in Vieques. That would put a serious hole in our ability to conduct training to protect our troops, ... CNN Wolf Blitzer Reports. 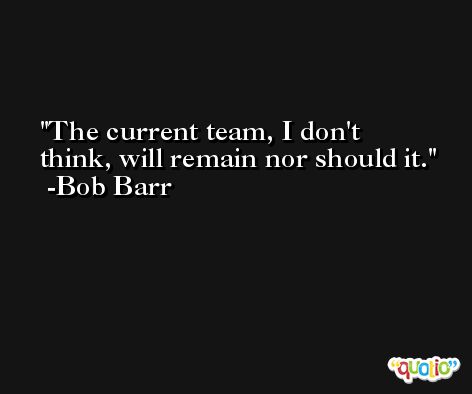