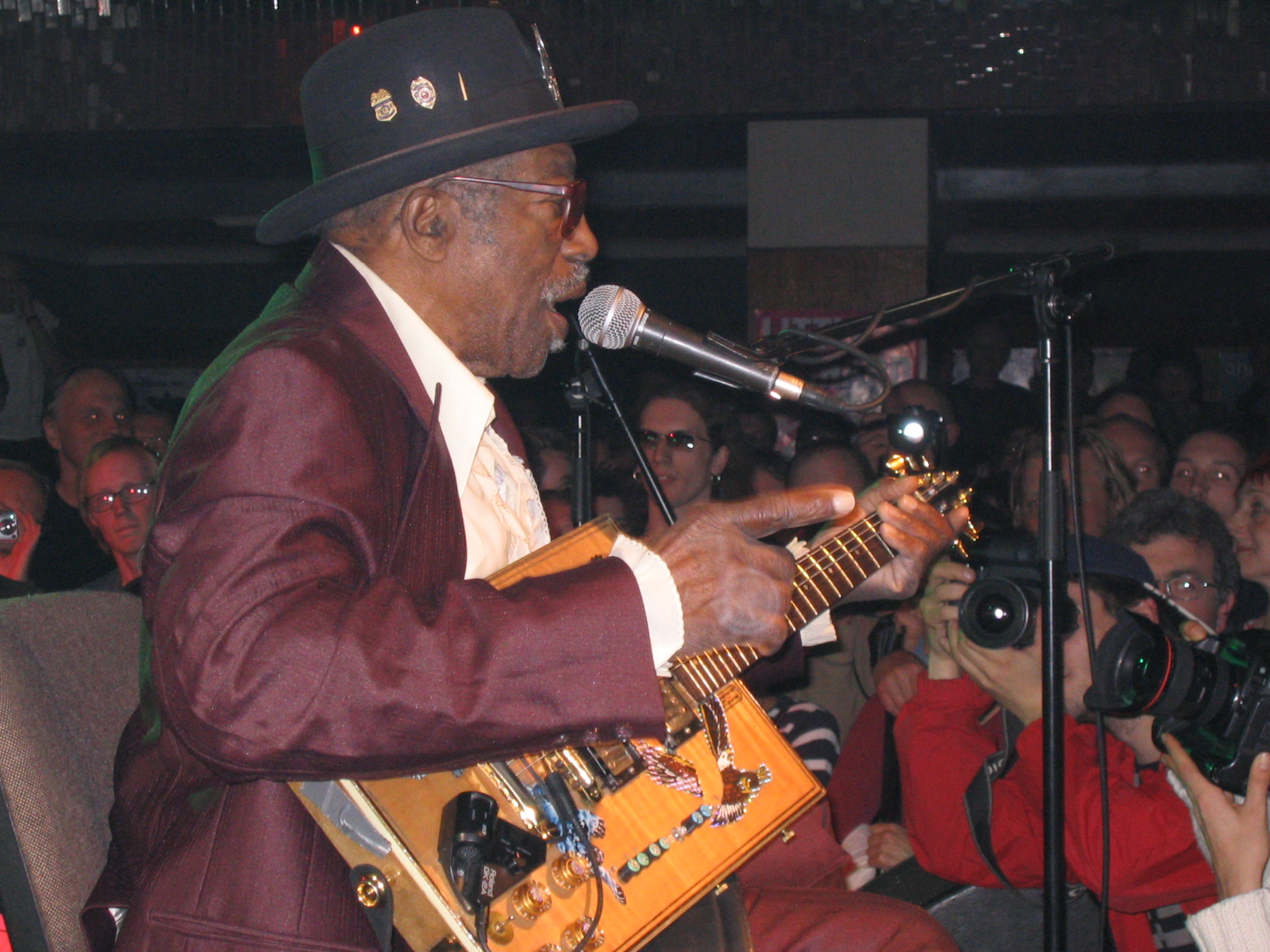 "Ellas Otha Bates", known by his stage name "Bo Diddley", was an American Rhythm and blues/R&B vocalist, guitarist and songwriter (usually as "Ellas McDaniel"). He was also known as "The Originator" because of his key role in the transition from the blues to rock and roll, and rock music/rock, influencing a host of acts, including The Animals, Buddy Holly, Jimi Hendrix, The Rolling Stones, Pink Floyd, Parliament Funkadelic, The Velvet Underground, The Who, The Yardbirds, The Jesus and Mary Chain, Eric Clapton, Elvis Presley, and The Beatles, among others.

He introduced more insistent, driving rhythms and a hard-edged electric guitar sound on a wide-ranging catalog of songs, along with Music of Africa/African rhythms and a signature beat (a simple five-Accent (music)/accent clave (rhythm)/clave rhythm) that remains a cornerstone of hip hop music/hip hop, rock music/rock and pop music/pop. Accordingly, he was inducted into the Rock and Roll Hall of Fame and received Lifetime Achievement Awards from the Rhythm and Blues Foundation and a Grammy Award from the National Academy of Recording Arts and Sciences. He was known in particular for his technical innovations, including his trademark rectangular guitar.

If you enjoy these quotes, be sure to check out other famous musicians! More Bo Diddley on Wikipedia.

I would love to do this because I love all my fans, with them waving and I'm waving back, ... It's good to do that. 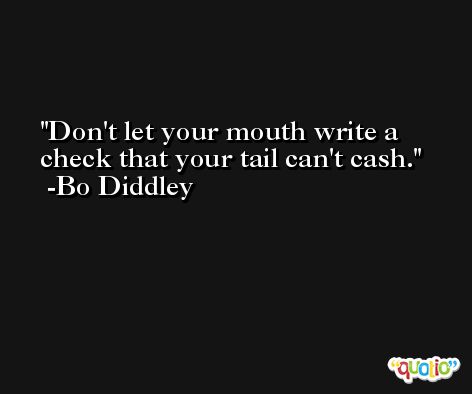 I opened the door for a lot of people, and they just ran through and left me holding the knob.

Maybe I'll take a rain check and try to get in next year. 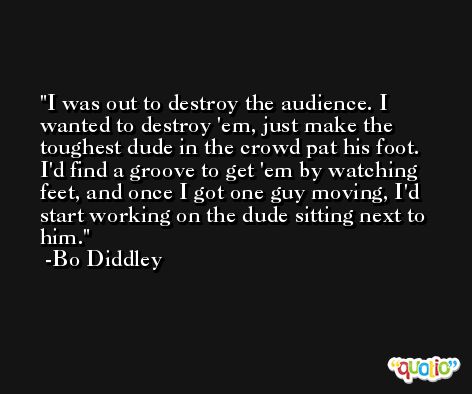 You Can't Judge a Book by Its Cover.

First of all, you can't understand what it is and it has no meaning.