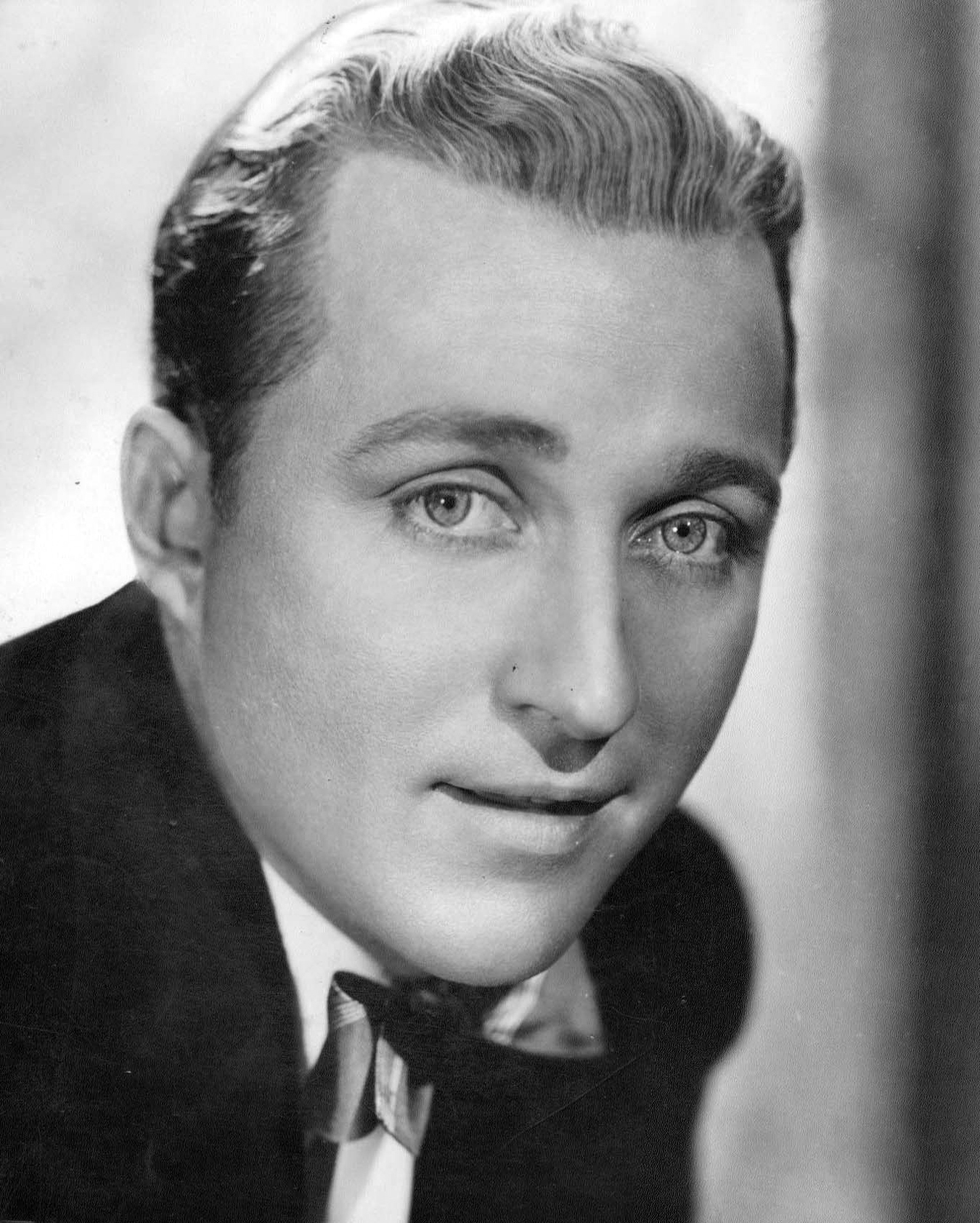 "Harry Lillis" ""Bing"" "Crosby, Jr." was an American singer and actor. Crosby's trademark warm bass-baritone voice made him one of the best-selling recording artists of the 20th century, with over half a billion gramophone record/records in circulation.

A multimedia star, from 1934 to 1954 Crosby was a leader in record sales, radio ratings, and motion picture grosses. His early career coincided with technical recording innovations such as the microphone. This allowed him to develop a laid-back, intimate singing style that influenced many of the popular male singers who followed him, including Perry Como, Frank Sinatra, and Dean Martin. Yank, the Army Weekly/Yank magazine recognized Crosby as the person who had done the most for American GI (military)/G.I. morale during World War II and, during his peak years, around 1948, American polls declared him the "most admired man alive", ahead of Jackie Robinson and Pope Pius XII. Also in 1948, the Music Digest estimated that Crosby recordings filled more than half of the 80,000 weekly hours allocated to recorded radio music.

If you enjoy these quotes, be sure to check out other famous musicians! More Bing Crosby on Wikipedia.

In the Wee Small Hours.

He was an average guy who could carry a tune. 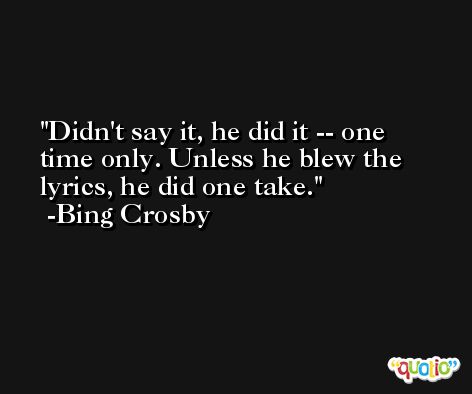 Well, if you ever get a little thin on top, I've got an old toupee you can have.

My golf is woeful but I will never surrender. 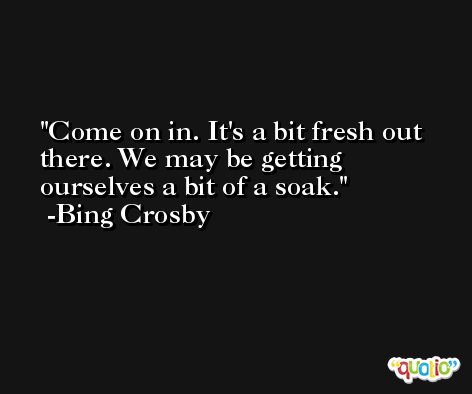 I think popular music in this country is one of the few things in the twentieth century that have made giant strides in reverse. 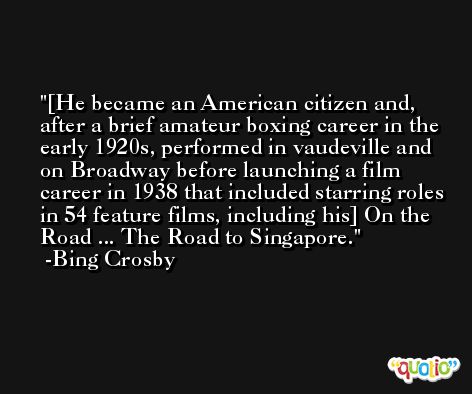