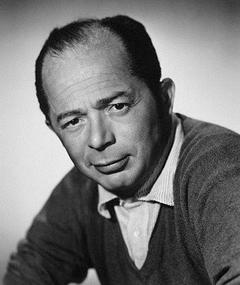 "Billy Wilder" was an Austrian-born American filmmaker, screenwriter, producer, artist and journalist, whose career spanned more than 50 years and 60 films. He is regarded as one of the most brilliant and versatile filmmakers of Hollywood's golden age. Wilder is one of only five people to have won Academy Awards as producer, director and screenwriter for the same film (The Apartment), and was the first person to accomplish this.

Wilder became a screenwriter in the late 1920s while living in Berlin. After the rise of the Nazi Party, Wilder, who was Jewish, left for Paris, where he made his directorial debut. He moved to Hollywood in 1933, and in 1939 he had a hit when he co-wrote the screenplay for the screwball comedy Ninotchka. Wilder established his directorial reputation with Double Indemnity (film)/Double Indemnity (1944), a film noir he co-wrote with crime novelist Raymond Chandler. Wilder earned the Academy Award for Directing/Best Director and Academy Award for Writing Adapted Screenplay/Best Screenplay Academy Awards for the adaptation of a Charles R. Jackson story The Lost Weekend (film)/The Lost Weekend (1945), about alcoholism. In 1950, Wilder co-wrote and directed the critically acclaimed Sunset Blvd. (film)/Sunset Blvd.

If you enjoy these quotes, be sure to check out other famous directors! More Billy Wilder on Wikipedia.

If you're going to tell people the truth, be funny or they'll kill you.

Trust your own instinct. Your mistakes might as well be your own, instead of someone else's. 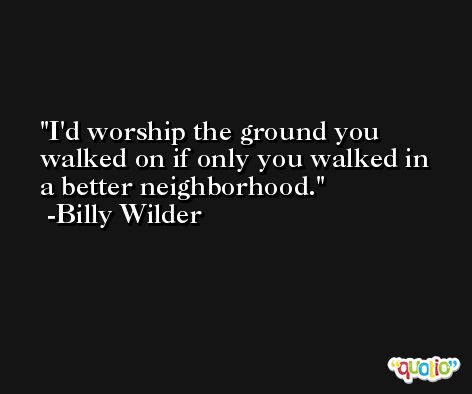 France is a place where the money falls apart in your hands but you can't tear the toilet paper.

Shoot a few scenes out of focus. I want to win the foreign film award. 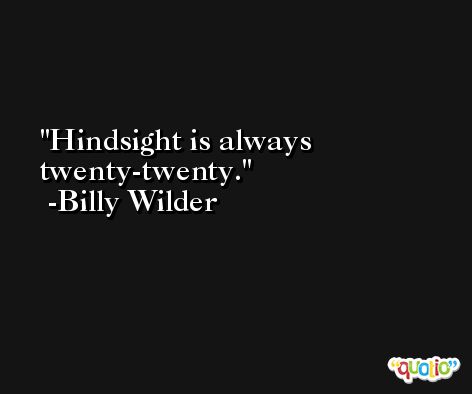 What critics call dirty in our pictures, they call lusty in foreign films. 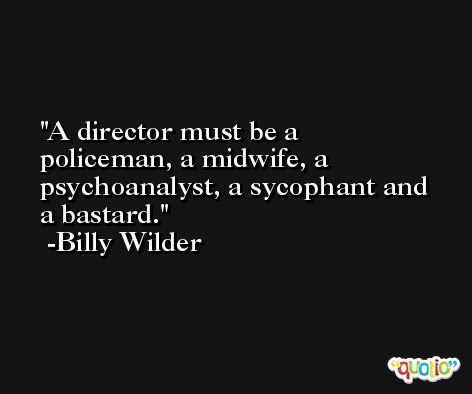 France is the only country where the money falls apart and you can't tear the toilet paper.