"William Lee (Bill) Welch, Jr." (November 23, 1941 – September 4, 2009) was a U.S. politician and former mayor of State College, Pennsylvania, most recently reelected in 2007. He had been the mayor since he was first elected in 1994, before which he was a member of the borough council. Mayor Welch died on September 4, 2009 at the Penn State Milton S. Hershey Medical Center in Hershey, Pennsylvania, after suffering complications from leg surgery. He was 67 years old. A link to a video of the community celebration of his life is at: http://www.statecollegepa.us/index.aspx?NID=1269

I have 30 years of military service, having served in combat.

The hurricanes had us a little worried this year about what might happen to our giving. But the people have come through again. 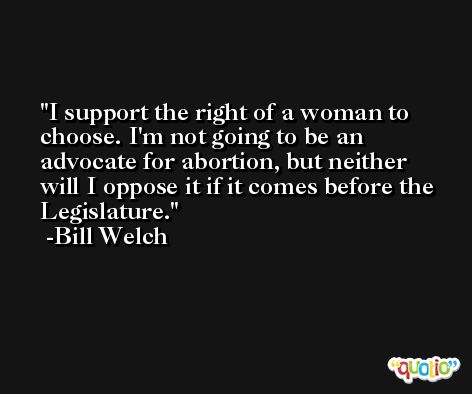