"Duane Charles "Bill" Parcells" is a former American football head coach, both in college football/college with the Air Force Falcons, and the National Football League with the New York Giants, New England Patriots, New York Jets, and Dallas Cowboys and is currently a "Courtesy Consultant" for the Cleveland Browns. He is known as "The Big Tuna", a nickname about the shape of his physique derived from a team joke during his tenure as linebackers coach of the New England Patriots.

Parcells won two Super Bowl rings with the New York Giants, defeating the Denver Broncos in Super Bowl XXI and the Buffalo Bills in Super Bowl XXV. He led the New England Patriots to Super Bowl XXXI, but lost to the Green Bay Packers 35-21. He also led the New York Jets to the NFL playoffs, 1998–99#AFC: Denver Broncos 23, New York Jets 10/1998 AFC Championship Game. He announced his third retirement from football on January 22, 2007 before returning to the sport later that year as the Vice President of Football Operations with the Miami Dolphins. He resigned from his role as the "football czar" with the Dolphins in September 2010, working as a "consultant" with the team until he took a leave of absence in October 2010, and left the team after the season. He is currently an NFL analyst for ESPN.

If you enjoy these quotes, be sure to check out other famous coaches! More Bill Parcells on Wikipedia.

There is winning and there is misery.

He was one of my best friends. . . . Those are the people you can count on the fingers of one hand. 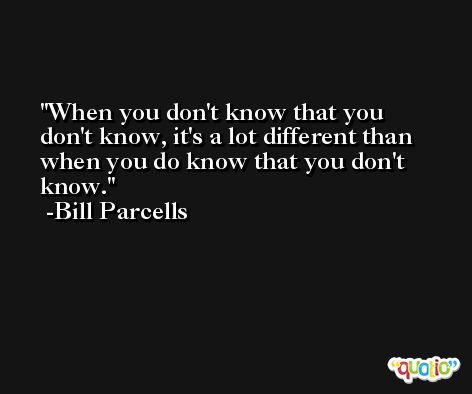 I see a little progress, ... So as long as I keep seeing that, then I'm willing to give him everything I've got.

There will be changes here, there's no doubt about that. 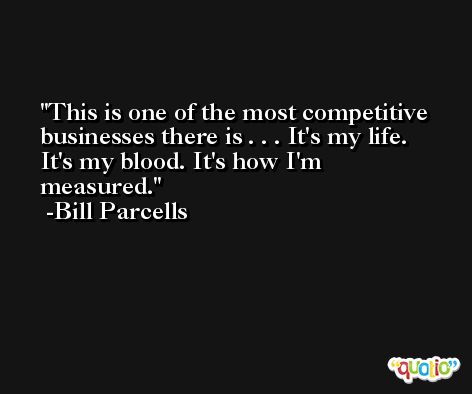 I had an Italian mother. She didn't view what I was doing as really a profession. She viewed it as recreation. I said, "Gee Mom, I'm going to be the head coach of the New York Giants." And she said to me, "When are you going to get a real job like your brother the banker?"

I don't do many endorsements. I'd rather get doused by Gatorade than bust my butt selling it. 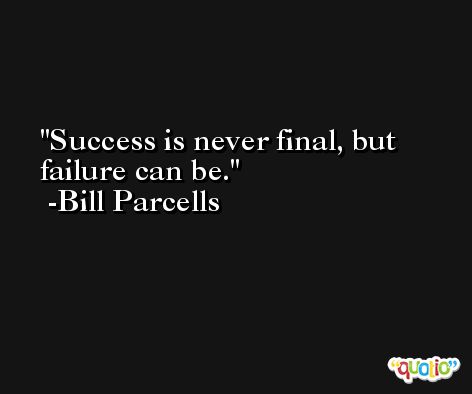