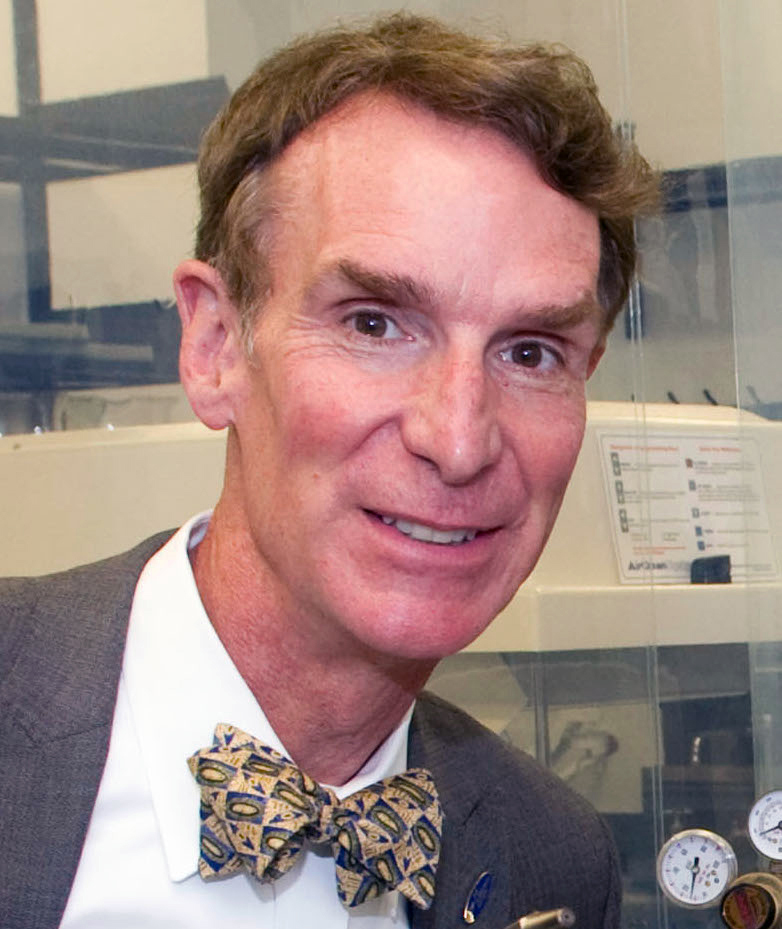 If you enjoy these quotes, be sure to check out other famous educators! More Bill Nye on Wikipedia.

Winter lingered so long in the lap of Spring that it occasioned a great deal of talk.

My dad was fascinated with sundials. He photographed hundreds of them and wrote a book about them. He designed a Nye family dial that kept time at our house in Washington, DC. 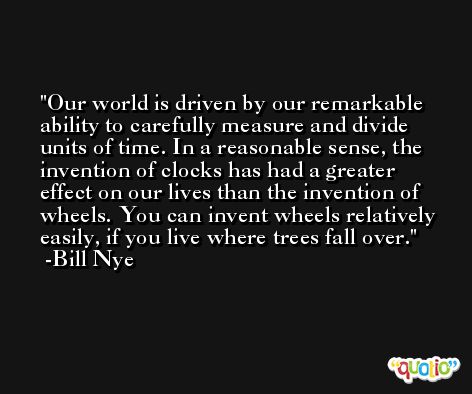 He's not going to get re-elected, right...so he can just go for it!

We can't send living things to another planet. That might screw it up. 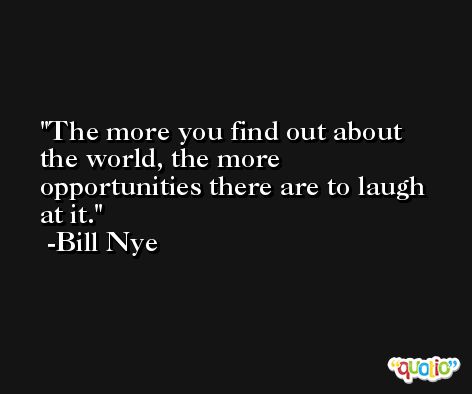 I've always loved airplanes and flight. The space program was really important to me as a kid. I still have a photo of Armstrong and Aldrin on the moon in my living room.

Humor is everywhere, in that there's irony in just about anything a human does. 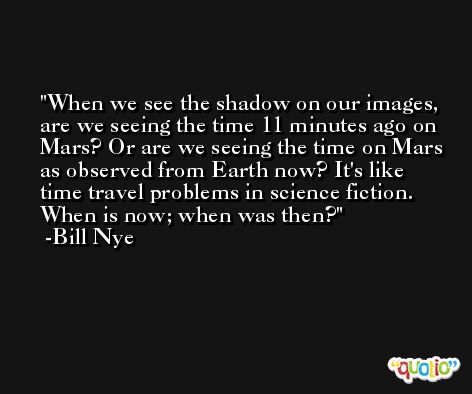