If you enjoy these quotes, be sure to check out other famous coaches! More Bill Laimbeer on Wikipedia.

I think that we will need to finish at least 4-2 to be assured of a playoff spot.

She's a monster. She'll one day find her free throw niche and she'll be even better. 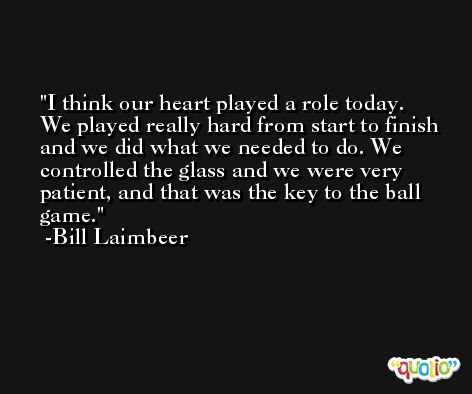 I'll take any good start. We've had so few of them this year. 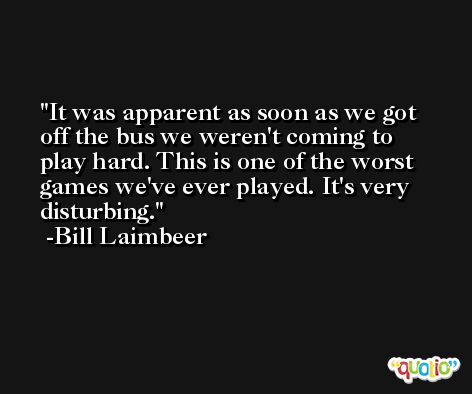 Our everyday problems that we have been unable to solve are our turnovers. We just aren't paying attention to detail.

She's a very good player — she's averaged 19 points a game in her career. She adds a dimension to our starting lineup and makes it more efficient. I've always planned on her becoming a part of the lineup in the future, but we decided that the time was right. 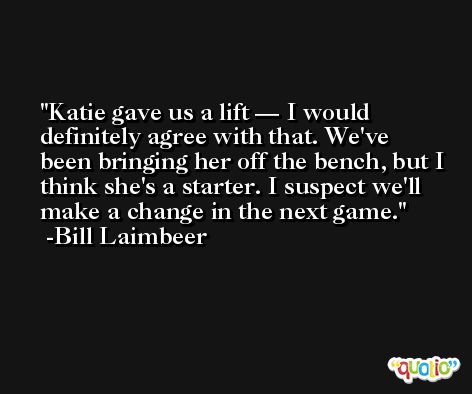