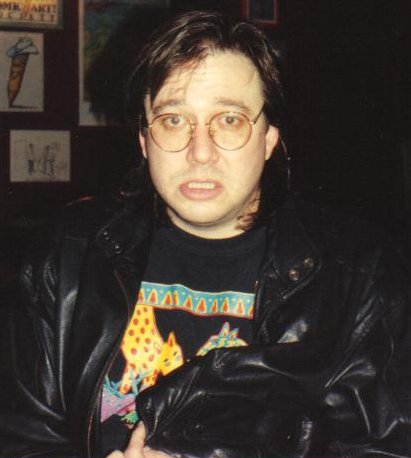 "William Melvin "Bill" Hicks" was an American comedian, social criticism/social critic, Satire/satirist and musician. His material, encompassing a wide range of social issues including religion, politics, and philosophy, was controversial, and often steeped in dark comedy. He criticized consumerism, superficiality, mediocrity, and banality within the media and popular culture, which he characterized as oppressive tools of the ruling class that "keep people stupid and apathetic".

At the age of 16, while still in high school, he began performing at the Comedy Workshop in Houston, Texas. During the 1980s, he toured the United States extensively and made a number of high-profile television appearances; but it was in the UK that he amassed a significant fan base, filling large venues during his 1991 tour. He also achieved a modicum of recognition as a guitarist and songwriter.

If you enjoy these quotes, be sure to check out other famous comedians! More Bill Hicks on Wikipedia.

Life is only a dream and we are the imagination of ourselves.

I'll tell you, too, that's starting to depress me about UFO's, about the fact that they cross galaxies, or wherever they come from to visit us, and always end up in places like Fife, Alabama. Maybe these are not super-intelligent beings, man. 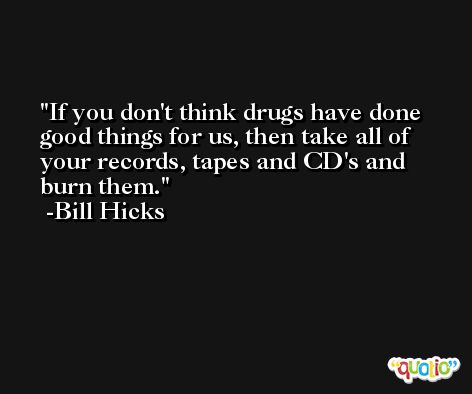 It's just a ride and we can change it any time we want. It's only a choice. No effort, no work, no job, no savings and money, a choice, right now, between fear and love. The eyes of fear want you to put bigger locks on your door, buy guns, close yourself off. The eyes of love instead see all of us as one.

I believe that God left certain drugs growing naturally upon our planet to help speed up and facilitate our evolution. 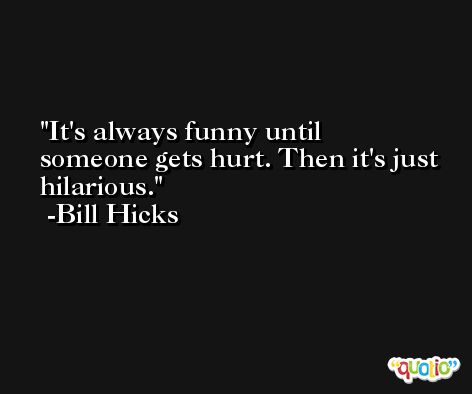 I don't mean to sound bitter, cold, or cruel, but I am, so that's how it comes out.

We are the facilitators of our own creative evolution.