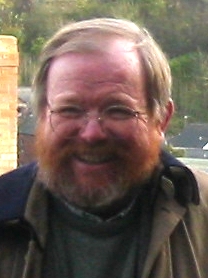 "William McGuire" ""Bill"" "Bryson", Order of the British Empire/OBE, Fellow of the Royal Society/FRS is a best-selling American author of humorous books on travel, as well as books on the English language and science. Born in the United States, he was a resident of Britain for most of his adult life before returning to the U.S. in 1995. In 2003 Bryson moved back to Britain, living in the old rectory of Wramplingham, Norfolk, and served as chancellor of Durham University from 2005 through 2011.

Bryson shot to prominence in the United Kingdom with the publication of Notes from a Small Island (1995), an exploration of Britain, and its accompanying television series. He received widespread recognition again with the publication of A Short History of Nearly Everything (2003), a book widely acclaimed for its accessible communication of science.

If you enjoy these quotes, be sure to check out other famous writers! More Bill Bryson on Wikipedia.

My first rule of consumerism is never to buy anything you can't make your children carry.

I had always thought that once you grew up you could do anything you wanted -- stay up all night or eat ice-cream straight out of the container. 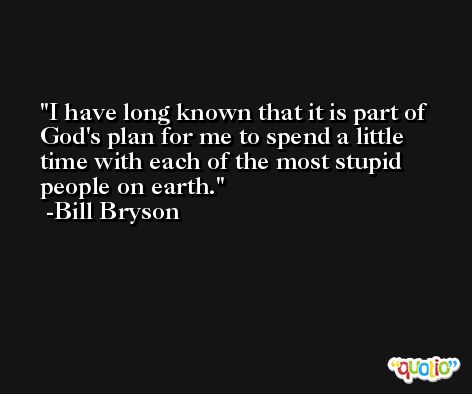 What an odd thing tourism is. You fly off to a strange land, eagerly abandoning all the comforts of home, and then expend vast quantities of time and money in a largely futile attempt to recapture the comforts that you wouldn't have lost if you hadn't left home in the first place. 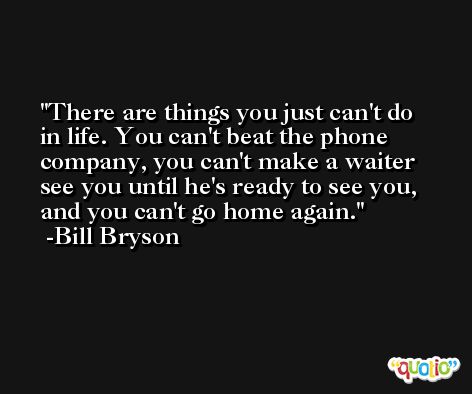 The average Southerner has the speech patterns of someone slipping in and out of consciousness. I can change my shoes and socks faster than most people in Mississippi can speak a sentence.

There are only three things that can kill a farmer: lightning, rolling over in a tractor, and old age. 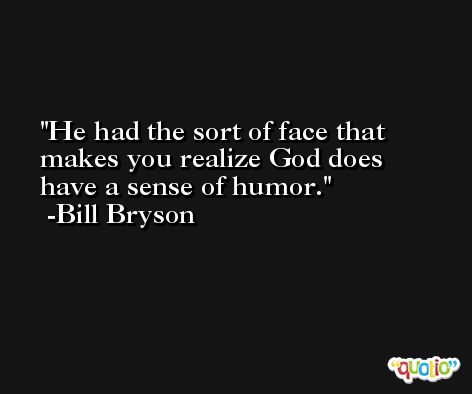