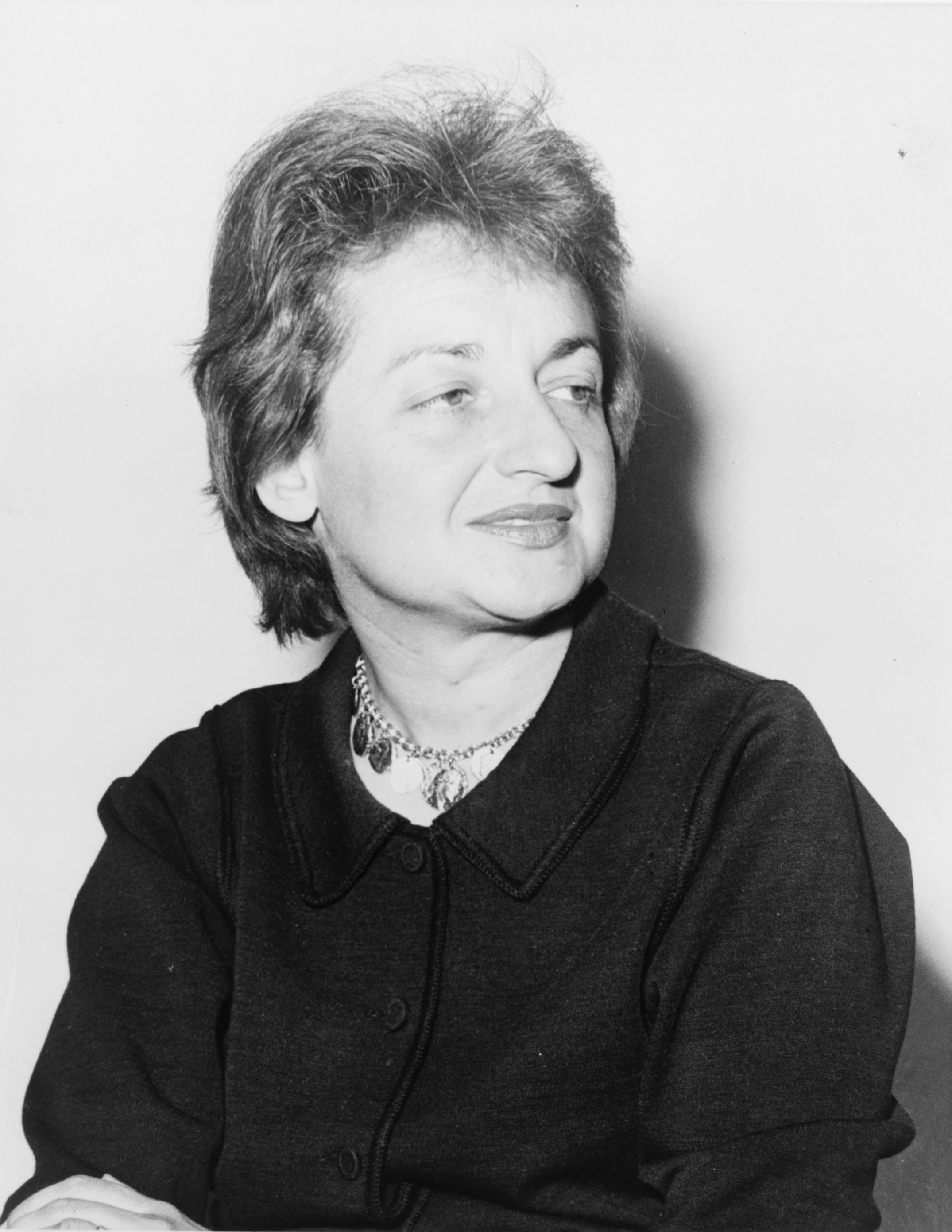 "Betty Friedan" was an American writer, activism/activist, and feminist. A leading figure in the Second-wave feminism/women's movement in the United States, her 1963 book The Feminine Mystique is often credited with sparking the Second-wave feminism/second wave of American feminism in the 20th century. In 1966, Friedan founded and was elected the first president of the National Organization for Women (NOW), which aimed to bring women "into the mainstream of American society now [in] fully equal partnership with men".

If you enjoy these quotes, be sure to check out other famous activists! More Betty Friedan on Wikipedia.

Aging is not 'lost youth' but a new stage of opportunity and strength.

It is easier to live through someone else than to become complete yourself. 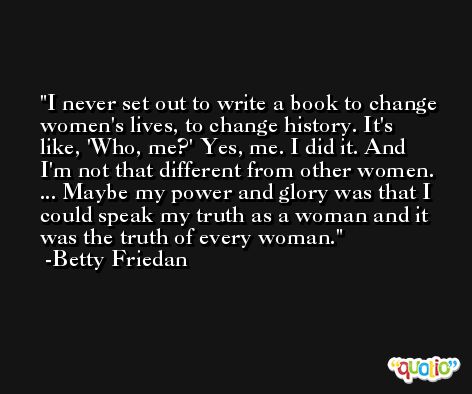 When she stopped conforming to the conventional picture of femininity she finally began to enjoy being a woman.

The problem that has no name - which is simply the fact that American women are kept from growing to their full human capacities - is taking a far greater toll on the physical and mental health of our country than any known disease. 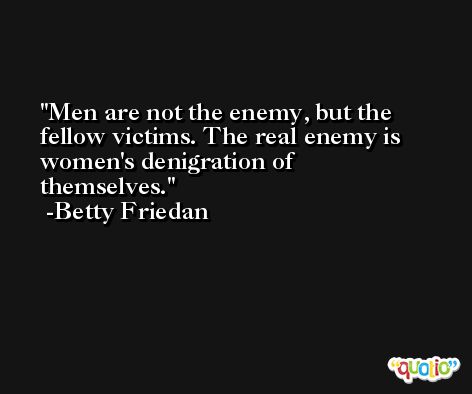 Strange new problems are being reported in the growing generations of children whose mothers were always there, driving them around, helping them with their homework - an inability to endure pain or discipline or pursue any self-sustained goal of any sort, a devastating boredom with life.

A girl should not expect special privileges because of her sex but neither should she adjust to prejudice and discrimination. 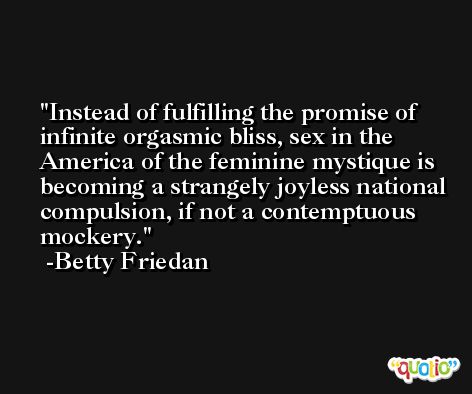 The feminine mystique has succeeded in burying millions of American women alive.

If divorce has increased by one thousand percent, don't blame the women's movement. Blame the obsolete sex roles on which our marriages were based. 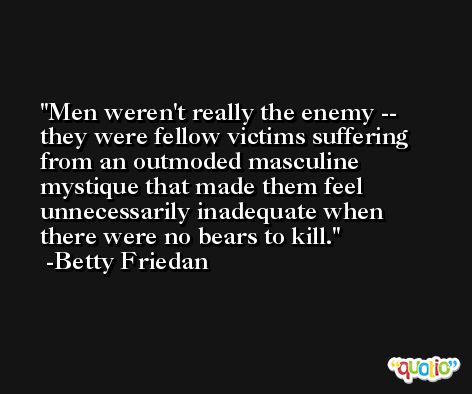 A woman has got to be able to say, and not feel guilty, 'Who am I, and what do I want out of life?' She mustn't feel selfish and neurotic if she wants goals of her own, outside of husband and children.

The glorification of the "'woman's role," then, seems to be in proportion to society's reluctance to treat women as complete human beings; for the less real function that role has, the more it is decorated with meaningless details to conceal its empt. 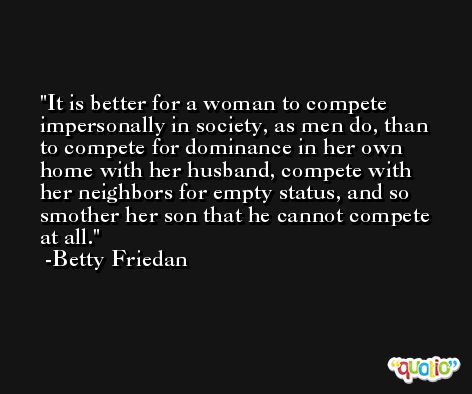