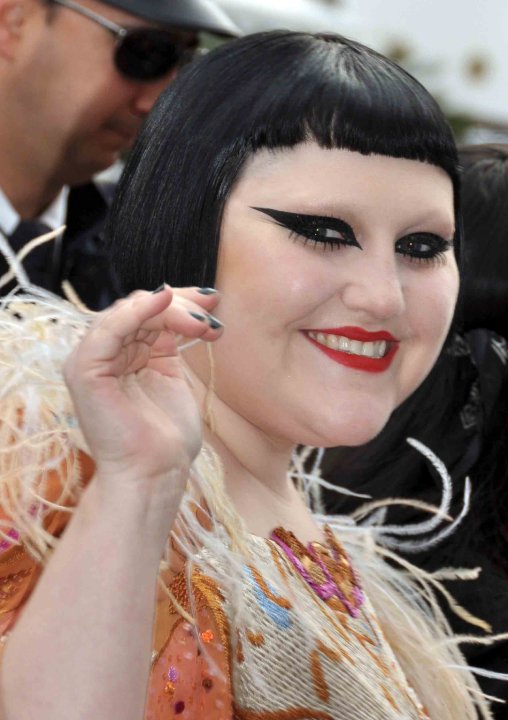 "Mary Beth Patterson," known by her stage name "Beth Ditto", is an American singer-songwriter, most notable for her work with the indie rock band Gossip (band)/Gossip (previously known as The Gossip) and whose voice has been compared to Etta James, Janis Joplin and Tina Turner. She is often reported describing herself as a "fat, feminist lesbian from Arkansas".

Actually, it used to be our main goal in the band when we were younger kids, to make people dance.