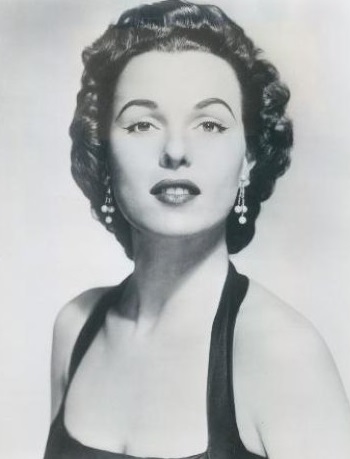 "Bess Myerson" was an American model and television actress who was crowned Miss America 1945/Miss America in 1945. She became a city commissioner in 1969, beginning a prominent New York political career. In the late 1980s, her career ended amid personal and professional scandal.

At the time of her death, Myerson was the only Jewish American/Jewish Miss America. She won the Miss America beauty pageant at a time when World War II had just ended. Her winning the title took on heightened significance in the immediate aftermath of the Holocaust, and was seen as an affirmation of the Jewish place in American life. At the time, she was seen as "a hero to the Jewish community". Myerson biographer Susan Dworkin said that "In the Jewish community, she was the most famous pretty girl since Esther/Queen Esther."

Myerson was seen frequently on television during the 1950s and 1960s, and was a regular on the celebrity quiz show I've Got a Secret. She was a commissioner in the New York City government in two administrations and ran unsuccessfully for the United States Senate/U.S. Senate from New York in 1980. Her career in the public eye ended in the late 1980s, when she and two other defendants were tried in federal court on bribery and conspiracy charges, in a highly publicized trial that ended with her acquittal.

If you enjoy these quotes, be sure to check out other famous models! More Bess Myerson on Wikipedia.

The accomplice to the crime of corruption is frequently our own indifference.