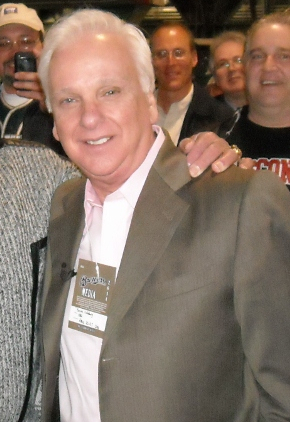 "Bernard Richard Goldberg", also known as "Bernie Goldberg", is an American writer, journalist, and pundit (expert)/political pundit. Goldberg has won twelve Emmy Awards during his career. He is currently a commentator for Fox News and a correspondent for HBO's Real Sports with Bryant Gumbel.

If you enjoy these quotes, be sure to check out other famous writers! More Bernard Goldberg on Wikipedia.

[In] 100 People Who Are Screwing Up America ... The most that can honestly be said of those involved in Sept. 11 is that they finally responded in kind to some of what this country has dispensed to their people of a matter of course.

When you look at that what do you think? 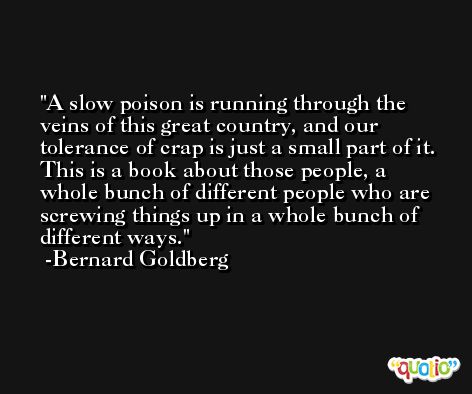 Anybody who cares about the culture they are living in. There is a tremendous disconnect between regular, ordinary Americans who live in the middle of the country and what Tom Wolfe calls the 'blue parentheses' on both coasts Culture has gotten too angry, mean and vulgar.

Were covered in hundreds of pounds of cow intestines, which they had to puncture with their mouths, suck out the liquid, fill a glass with it — then drink the juice. 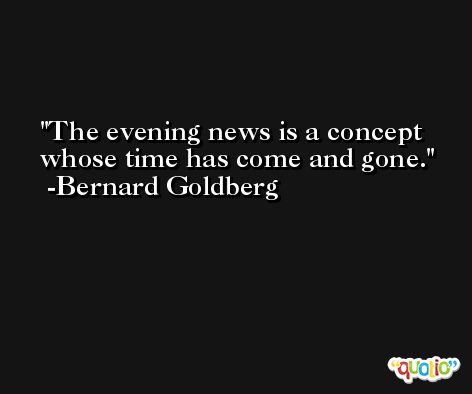