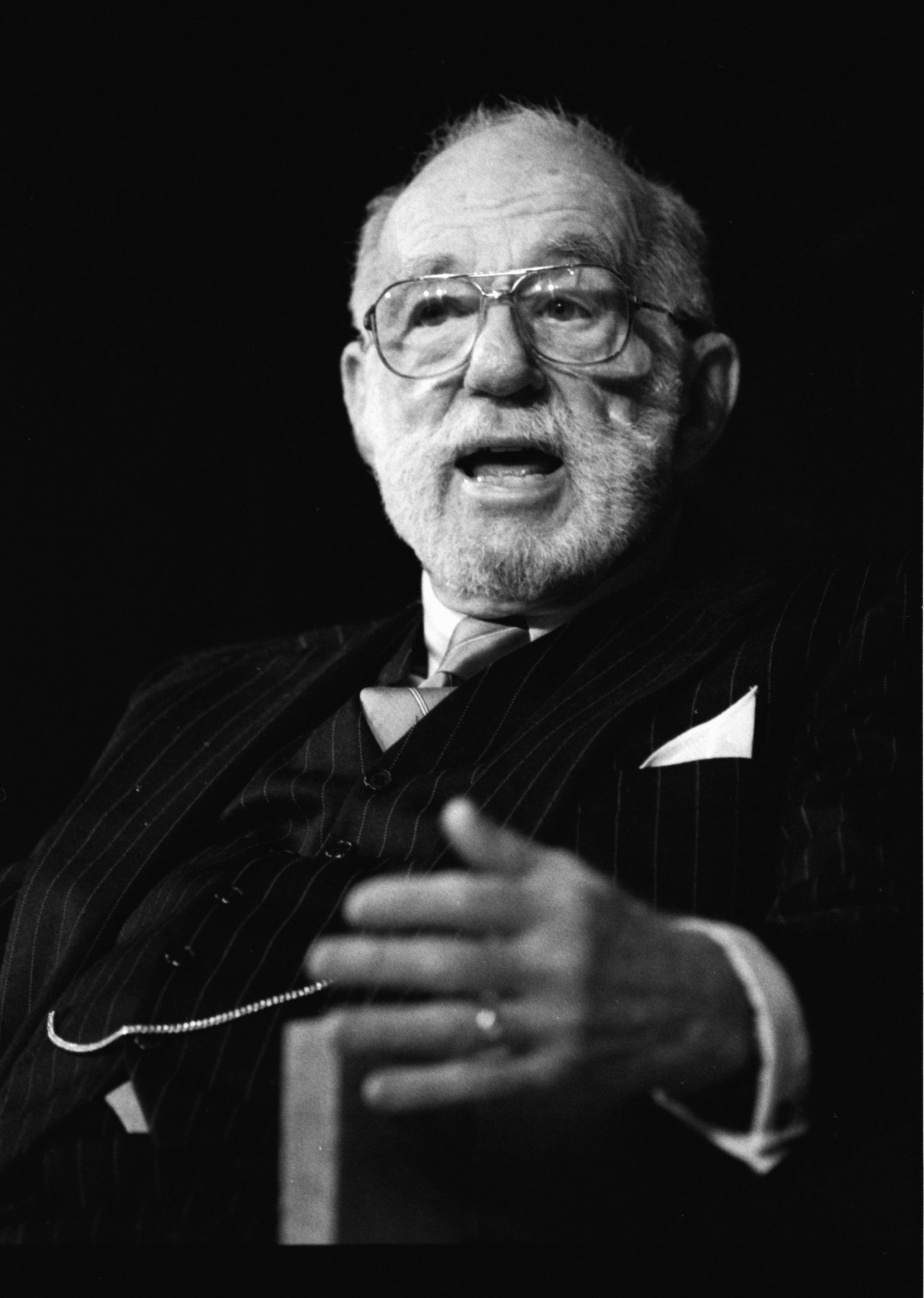 "Benjamin McLane Spock" was an American pediatrics/pediatrician whose book The Common Sense Book of Baby and Child Care/Baby and Child Care, published in 1946, is one of the best-sellers of all time. Its message to mothers is that "you know more than you think you do."

Spock was the first pediatrician to study psychoanalysis to try to understand children's needs and family dynamics. His ideas about childcare influenced several generations of parents to be more flexible and affectionate with their children, and to treat them as individuals. However, they were also widely criticized by colleagues for relying too heavily on anecdotal evidence rather than serious academic research.In addition to his pediatric work, Spock was an activist in the New Left and anti Vietnam War movements during the 1960s and early 1970s. At the time his books were criticized by Vietnam War supporters for allegedly propagating permissiveness and an expectation of deferred gratification/instant gratifications that led young people to join these movements, a charge Spock denied. Spock also won an Olympic gold medal in rowing (sport)/rowing in 1924 while attending Yale University.

If you enjoy these quotes, be sure to check out other famous scientists! More Benjamin Spock on Wikipedia.

Every child senses, with all the horse sense that's in him, that any parent is angry inside when children misbehave and they dread more the anger that is rarely or never expressed openly, wondering how awful it might be.

What good mothers and fathers instinctively feel like doing for their babies is usually best after all. 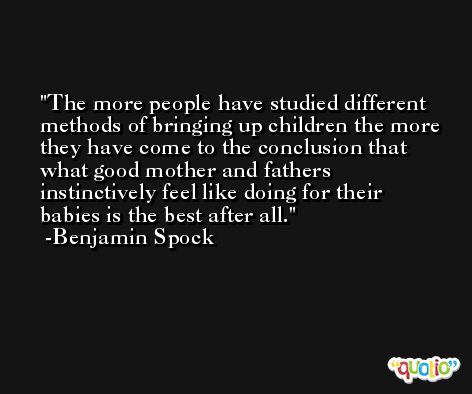 Trust yourself. You know more than you think you do.

All the time a person is a child he is both a child and learning to be a parent. After he becomes a parent he becomes predominantly a parent reliving childhood. 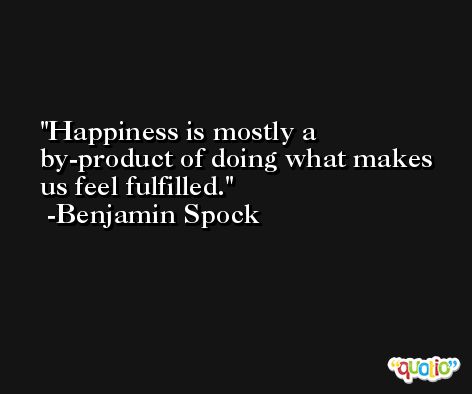 I would say that the surest measure of a man's or a woman's maturity is the harmony, style, joy, and dignity he creates in his marriage, and the pleasure and inspiration he provides for his spouse.

There are only two things a child will share willingly: communicable diseases and his mother's age. 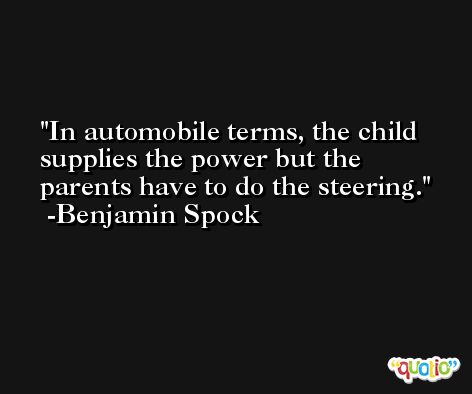 You know more than you think you do.