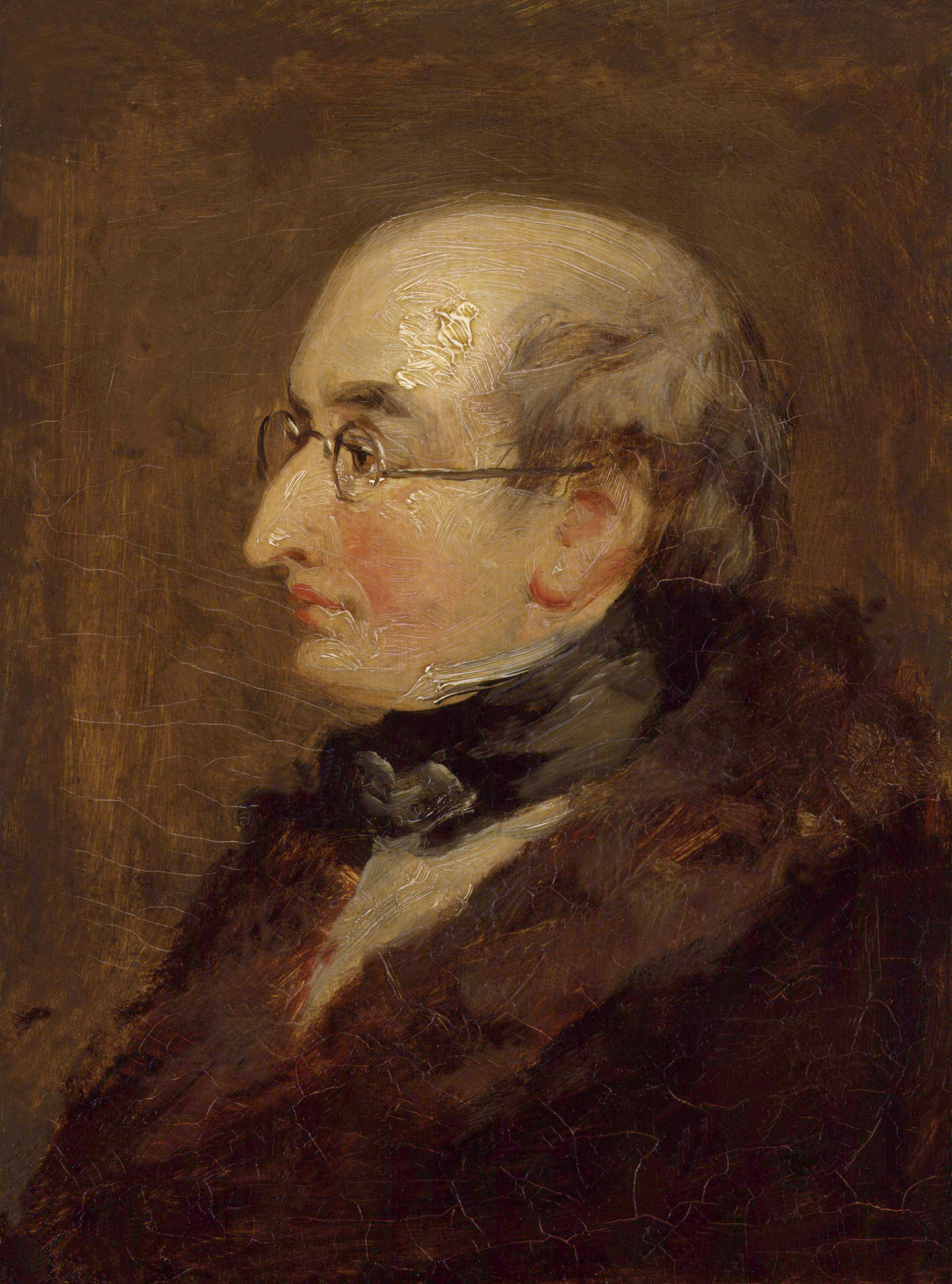 "Benjamin Robert Haydon" was an England/English Painting/painter who specialised in grand historical pictures, although he also painted a few contemporary subjects and portraits. His commercial success was damaged by his often tactless dealings with patrons, and by the enormous scale on which he preferred to work. He was troubled by financial problems throughout his life, which led to several periods of imprisonment for debt. He committed suicide in 1846.

He gave lectures on art, and kept extensive diaries that were published after his death. 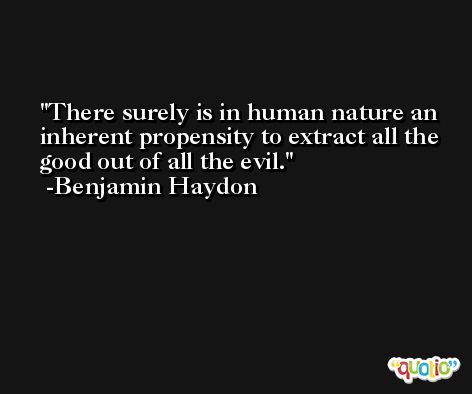 Fortunately for serious minds, a bias recognized is a bias sterilized.

The longer a man lives in this world the more he must be convinced that all domestic quarrels had better never be obtruded on the public; for, let the husband be right, or let him be wrong, there is always a sympathy existing for women which is certain to give the man the worst of it. 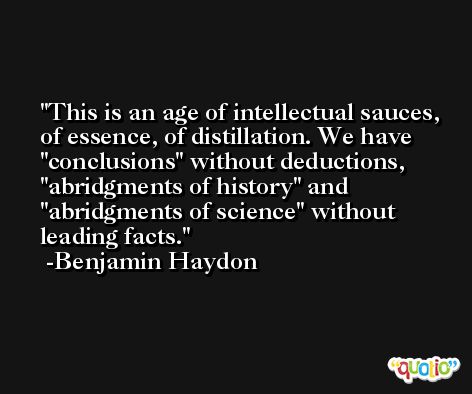 The only legitimate artists in England are the architects. 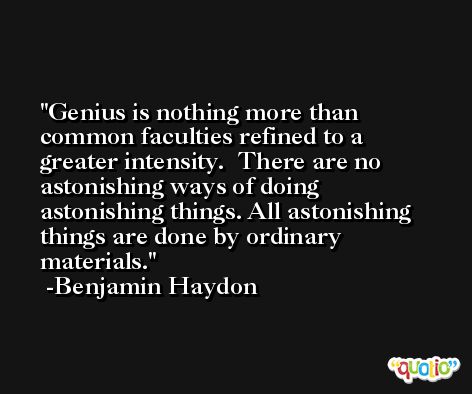