"Benito Amilcare Andrea Mussolini" was an Italy/Italian politician, journalist, and leader of the National Fascist Party, ruling the country as Prime Minister of Italy/Prime Minister from 1922 until his ousting in 1943. He ruled constitutionally until 1925, when he dropped all pretense of democracy and set up a legal dictatorship. Known as Duce/Il Duce ("the leader"), Mussolini was one of the key figures in the creation of fascism.

If you enjoy these quotes, be sure to check out other famous politicians! More Benito Mussolini on Wikipedia.

It's good to trust others but, not to do so is much better. 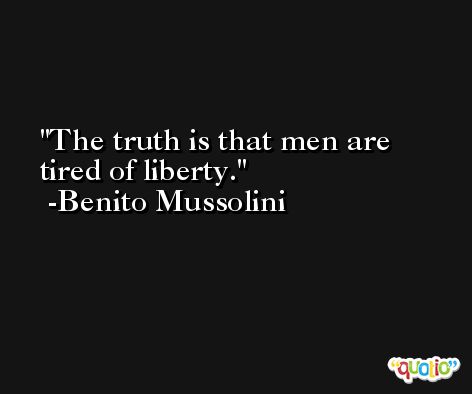 Every anarchist is a baffled dictator.

Democracy is beautiful in theory; in practice it is a fallacy. 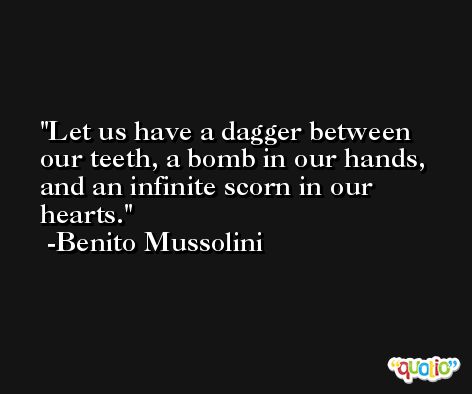 Socialism is a fraud, a comedy, a phantom, a blackmail.

War alone brings up to their highest tension all human energies and imposes the stamp of nobility upon the peoples who have the courage to make it. 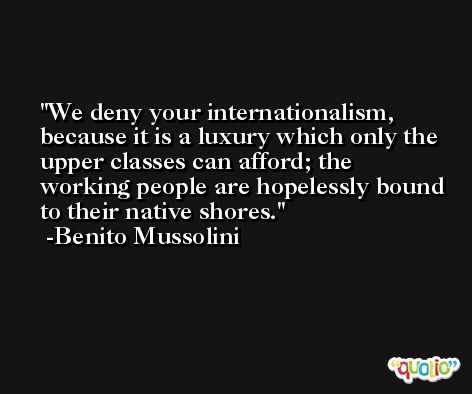