"Ben Karlin" is an United States/American television producer. He is an eight time Emmy-winning United States/American writer and executive producer best known for his work in The Daily Show with Jon Stewart and The Colbert Report. He is one of three co-creators of The Colbert Report along with Stephen Colbert and Jon Stewart. Karlin left Comedy Central in December 2006. Ben Karlin has also been a writer for TV Show Modern Family.

His book, released February 2008, is a collection of essays entitled Things I've Learned From Women Who've Dumped Me. It contains essays by Andy Richter, Will Forte, David Wain, Stephen Colbert, Patton Oswalt, Bob Odenkirk, and many others. Karlin is also the co-editor of America (The Book) alongside Jon Stewart and David Javerbaum. He wrote for Space Ghost: Coast to Coast and The Onion from 1993-1996.

I think [the couch] is being auctioned off for some charity. Anyway, let's say that; it sounds good.

We've got some stuff coming up that will really continue to expand the universe more and more and more, and make people realize that this is not just a parody. There's a whole world we're exploring here, and so far there's nothing but (comedic) possibility ahead. 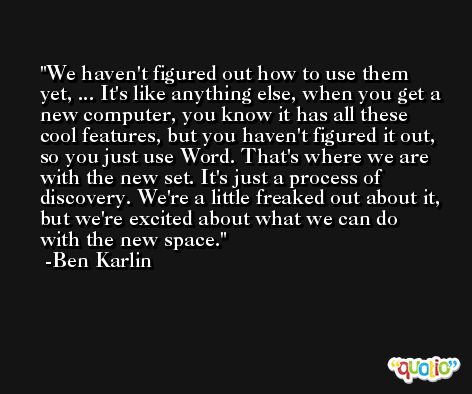 Those reports will invariably be shoddily produced, poorly reported and sloppily edited.

It's funny to us -- we have no attachment to the couch. The couch is so incongruous with the show. … One thing that's been made really clear over the last few years is that it's not a talk show. We don't know what it is. It's a thing unto itself. 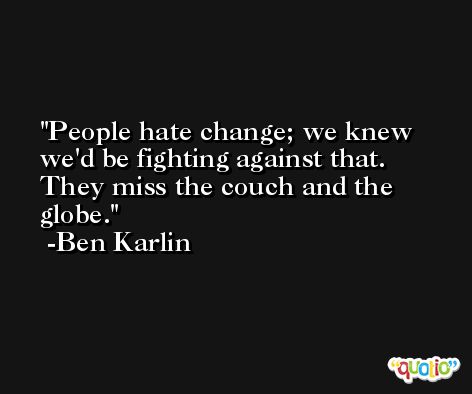 Oh, that's got the NBC logo on it.

Holy shit, did you see this? 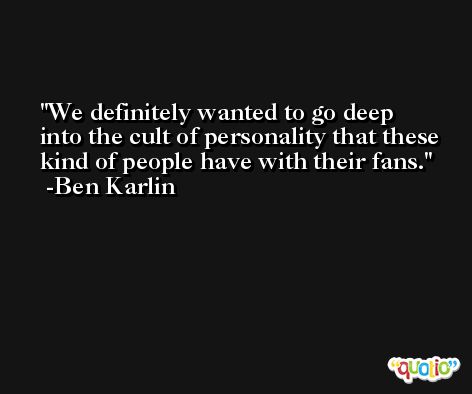