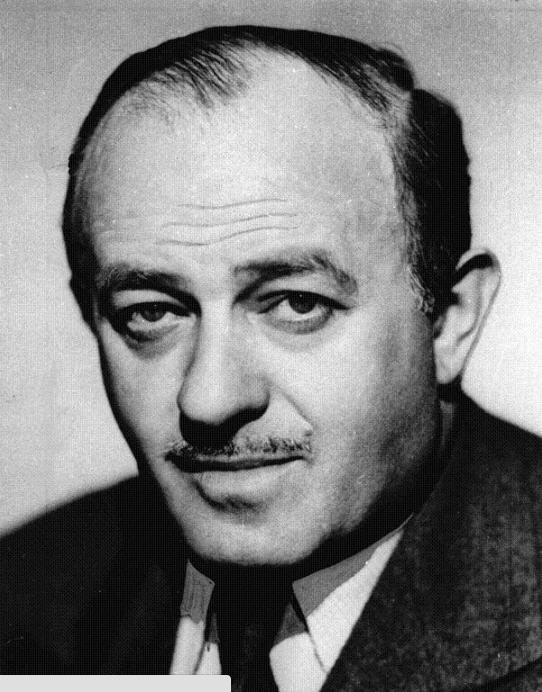 "Ben Hecht" (1894–1964) was an American screenwriter, director, producer, playwright, journalist and novelist. He received screen credits, alone or in collaboration, for the stories or screenplays of some seventy films. He wrote thirty-five books and created some of the most entertaining screenplays and plays in America. The Dictionary of Literary Biography - American Screenwriters calls him "one of the most successful screenwriters in the history of motion pictures." At the age of 16, Hecht ran away to Chicago, where in his own words he "haunted streets, whorehouses, police stations, courtrooms, theater stages, jails, saloons, slums, madhouses, fires, murders, riots, banquet halls, and bookshops". In the 1910s and early 20s, Hecht became a noted journalist, foreign correspondent, and literary figure.

If you enjoy these quotes, be sure to check out other famous mathematicians! More Ben Hecht on Wikipedia.

A man nearly always loves for other reasons than he thinks. A lover is apt to be as full of secrets from himself as is the object of his love from him.

The rule in the art world is: you cater to the masses or you kowtow to the elite; you can't have both. 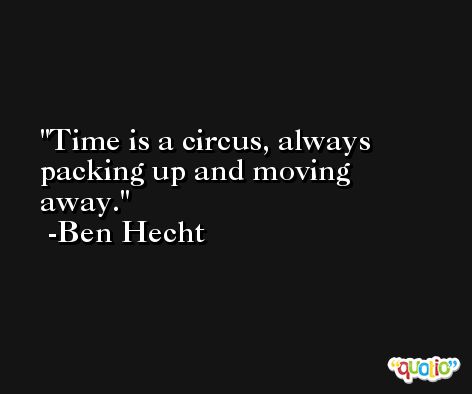 He was in love with life as an ant on a summer blade of grass.

Prejudice is a raft onto which the shipwrecked mind clambers and paddles to safety. 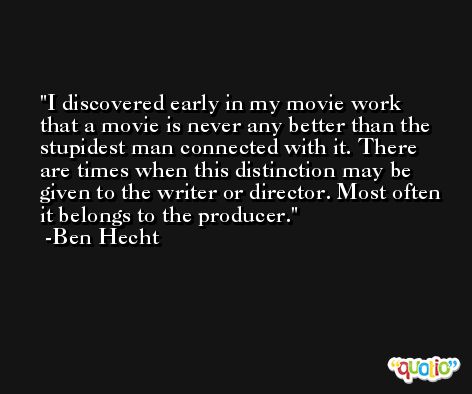 In Hollywood a starlet is the name for any woman under thirty who is not actively employed in a brothel.

Trying to determine what is going on in the world by reading newspapers is like trying to tell the time by watching the second hand of a clock. 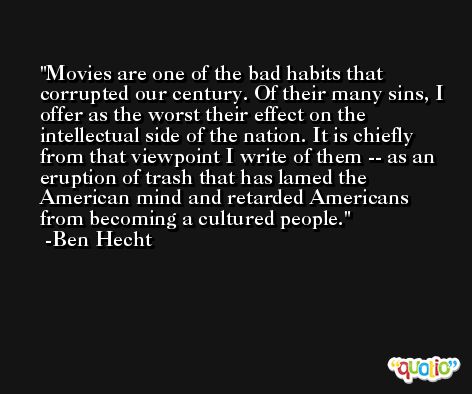 We looked on the hopheads, crooks and gunsels and on their bawdy ladies as members of a family among whom we were privileged to move. There was no caste system, moral or social, in our manners.