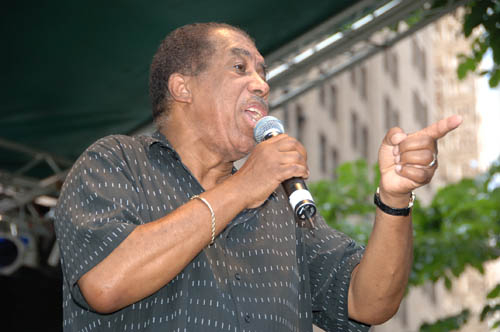 "Benjamin Earl King", known as "Ben E. King", is an American soul music/soul and rhythm and blues/R&B singing/singer. He is perhaps best known as the singer and songwriter/co-composer of "Stand by Me (song)/Stand by Me"—a United States/US Top 40/Top 10 hit record/hit in both 1961 and later in 1986 (when it was used as the theme to the Stand by Me (film)/film of the same name), a record chart/number one hit in the United Kingdom/UK in 1987, and #25 on the RIAA's list of Songs of the Century—and as one of the principal lead singers of the R&B vocal group the Drifters.

If you enjoy these quotes, be sure to check out other famous musicians! More Ben E. King on Wikipedia.

We used to record with string sections, so it's like going back to that time.

I hate it when they make them sing after they get kicked off. Why turn the knife? 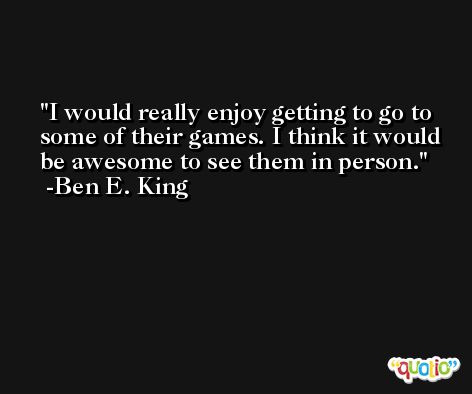 At least they'll know that we're still out there on this earth, still making music.

I do like what Alicia Keys and John Legend are doing. With their music, you keep your clothes on. 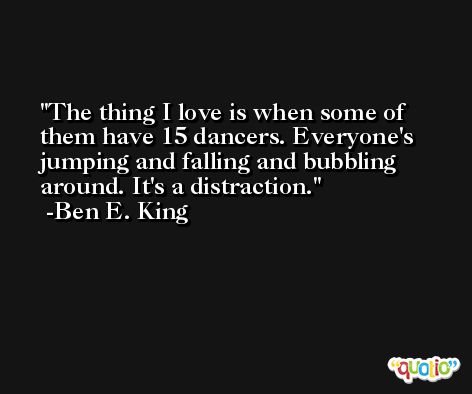