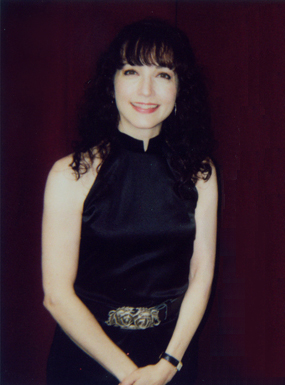 "Beatrice "Bebe" Neuwirth" is an American actress, musician and dancer. She has worked in television and is known for her portrayal of Lilith Sternin/Dr. Lilith Sternin, Frasier Crane/Dr. Frasier Crane's wife (later ex-wife), on both the TV sitcom Cheers (in a starring role), and its spin-off Frasier (in a recurring guest role). On stage, she is also known for the role of Nickie in the revival of Sweet Charity, the role of Velma Kelly in the revival of Chicago (musical)/Chicago (for both of which she won Tony award/Tony Awards) and for the role of Morticia Addams in The Addams Family (musical)/The Addams Family musical.

If you enjoy these quotes, be sure to check out other famous actresses! More Bebe Neuwirth on Wikipedia.

The laughs are earned by the really well fleshed out characters. 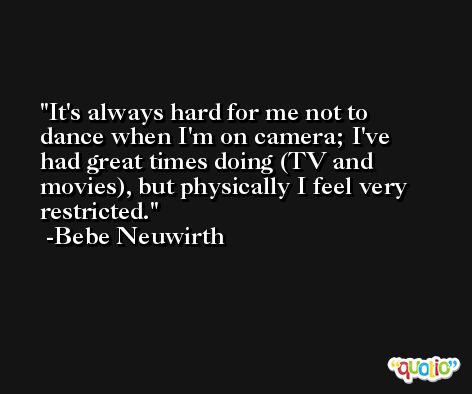 I really liked that my character was Jewish, yet she wasn't a stereotype.

The 'Cheers' character Lilith is not based on the Jewish myth. 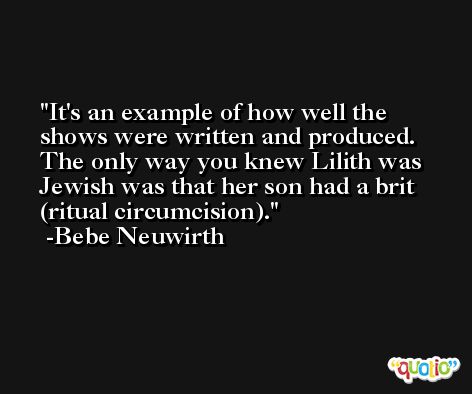 My parents are such great people, ... They wanted me to do whatever it was that I loved doing.