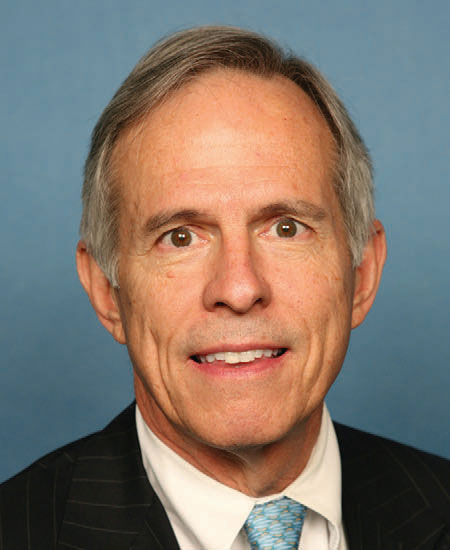 "Barton Jennings "Bart" Gordon," is a lawyer and former United States House of Representatives/U.S. Representative for , serving from 1985 until 2011. The district includes several rural areas and fast-growing suburbs east of Nashville, Tennessee/Nashville. He was Chairman of the United States House Committee on Science and Technology/House Committee on Science and Technology from 2007 until 2011. He is a member of the Democratic Party (United States)/Democratic Party. He announced on December 14, 2009, that he would not seek re-election in 2010.

If you enjoy these quotes, be sure to check out other famous politicians! More Bart Gordon on Wikipedia.

I fear that the approach being taken by this administration to move the Vision forward over the near term may make it very difficult to sustain the initiative beyond 2008.

You need to conquer the moon before you can conquer Mars. And conquering it means more than stepping foot on it. 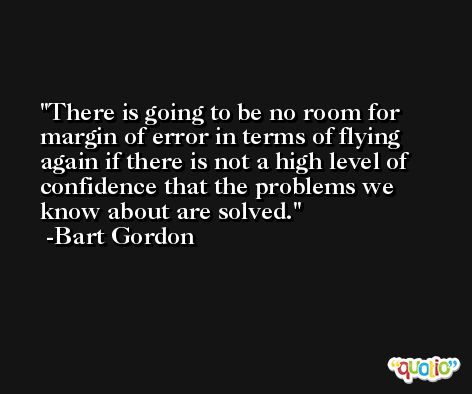 I am anxious to get more information on the program's expected costs.

I'm concerned about cannibalizing other missions. 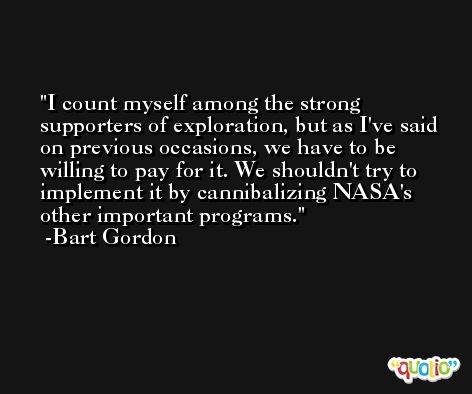 Should not be done by cannibalizing other NASA missions.

This plan is coming out at a time when the nation is facing significant budgetary challenges. Getting agreement to move forward on it is going to be heavy lifting in the current environment, and it's clear that strong presidential leadership will be needed.