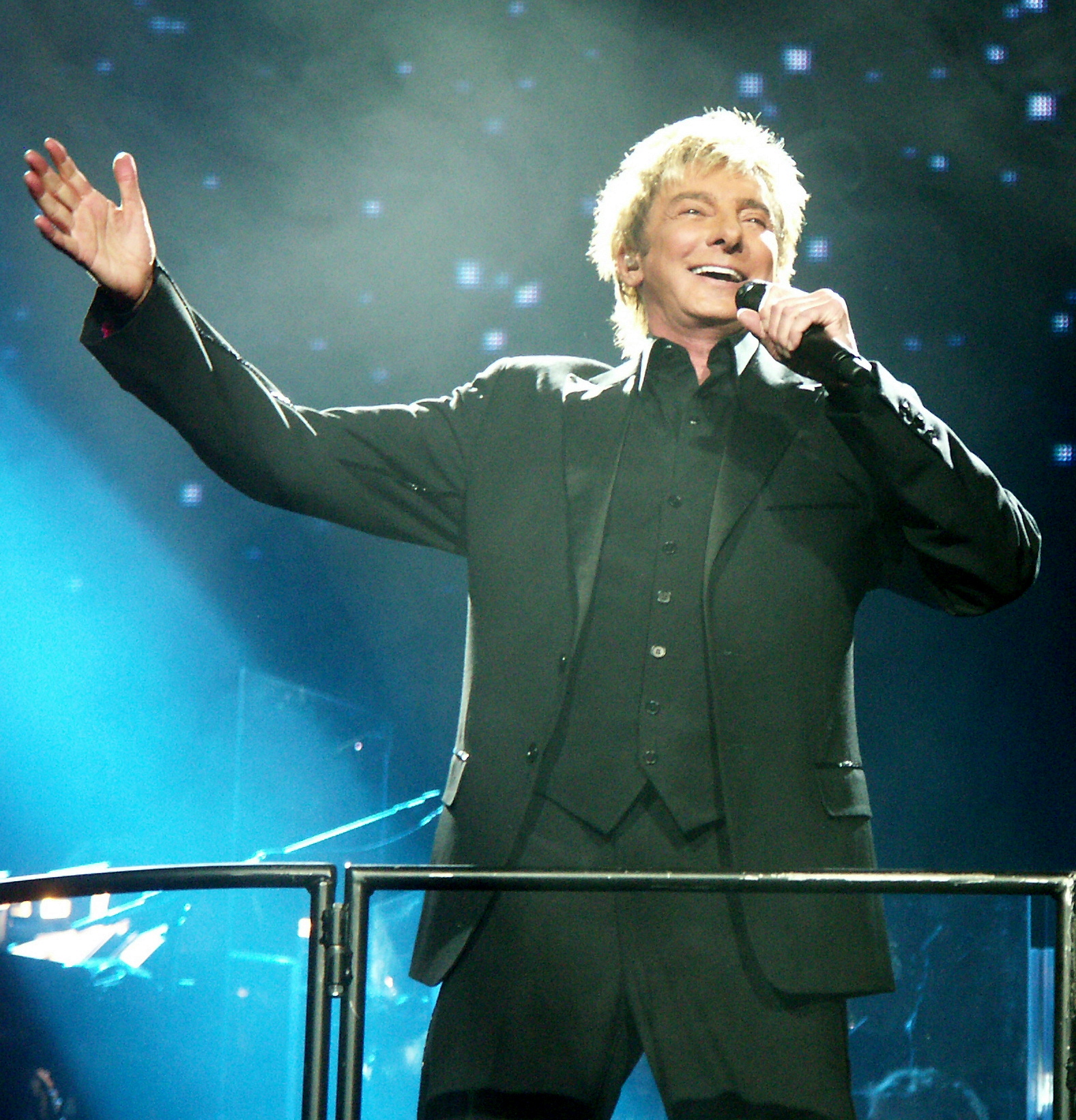 "Barry Manilow" is an United States/American singer-songwriter and Theatrical producer/producer. He is best known for such recordings as "Mandy (song)/Mandy", "Can't Smile Without You", and "Copacabana (song)/Copacabana (At the Copa)".

In 1978, five of his albums were on the best-seller charts simultaneously, a feat equalled only by Herb Alpert, The Beatles, Frank Sinatra, Michael Jackson, Bruce Springsteen, and Johnny Mathis. He has recorded a string of Billboard Hot 100/Billboard hit singles and RIAA certification/multi-platinum albums that have resulted in his being named Radio & Records' No. 1 adult contemporary artist, and winning three straight American Music Awards for favorite pop/rock male artist. Between 1974 and 1983 Manilow had three No. 1 singles and 25 that reached the top 40. Although not a favorite of music critics, several well-known entertainers have praised Manilow, including Sinatra, who was quoted in the 1970s saying, "He's next." In 1988, Bob Dylan stopped Manilow at a party, hugged him and said, "Don't stop what you're doing, man. We're all inspired by you."

If you enjoy these quotes, be sure to check out other famous musicians! More Barry Manilow on Wikipedia.

It's unbearable what we've seen — and it's not done yet. 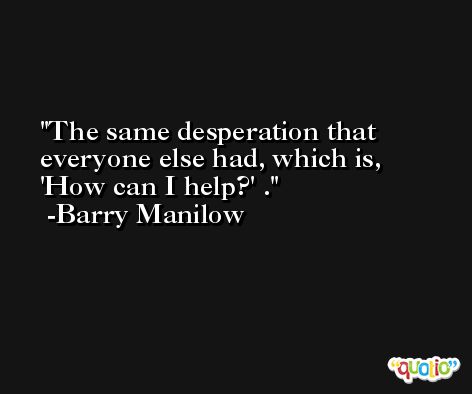 They've got my little face on the chips. 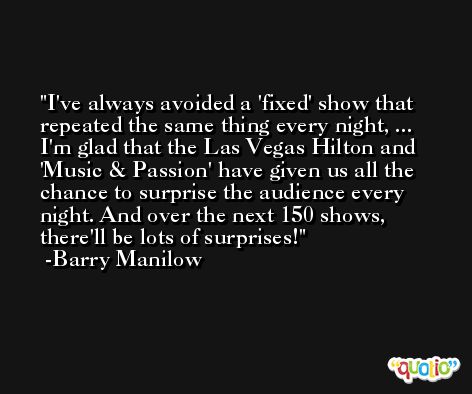