"Barry Armstrong" is a former Australian rules footballer who played with Carlton Football Club/Carlton in the Australian Football League/VFL during the 1970s.

Armstrong was a versatile player, used most often as a centreman and ruck rover. Twice a premiership player with Carlton, he is a member of the Carlton Hall of Fame.

If you can't afford to buy something, don't put it on the credit card. Put them in a drawer. And pay as much as you can on them, every month. I've even advised people to get a second job. Go work for UPS for three or four months if you have to, but get them paid off.

This is definitely the time of year to get things started. For some people, it's a bitter message. There are things that you don't like doing. But they have to be done. 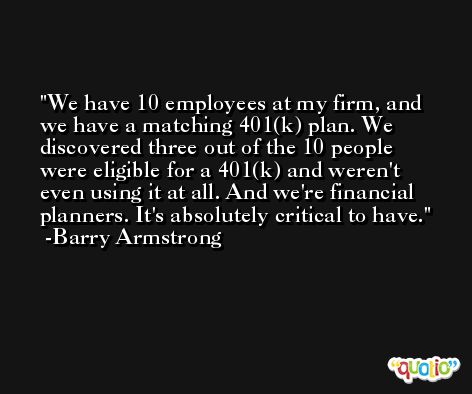