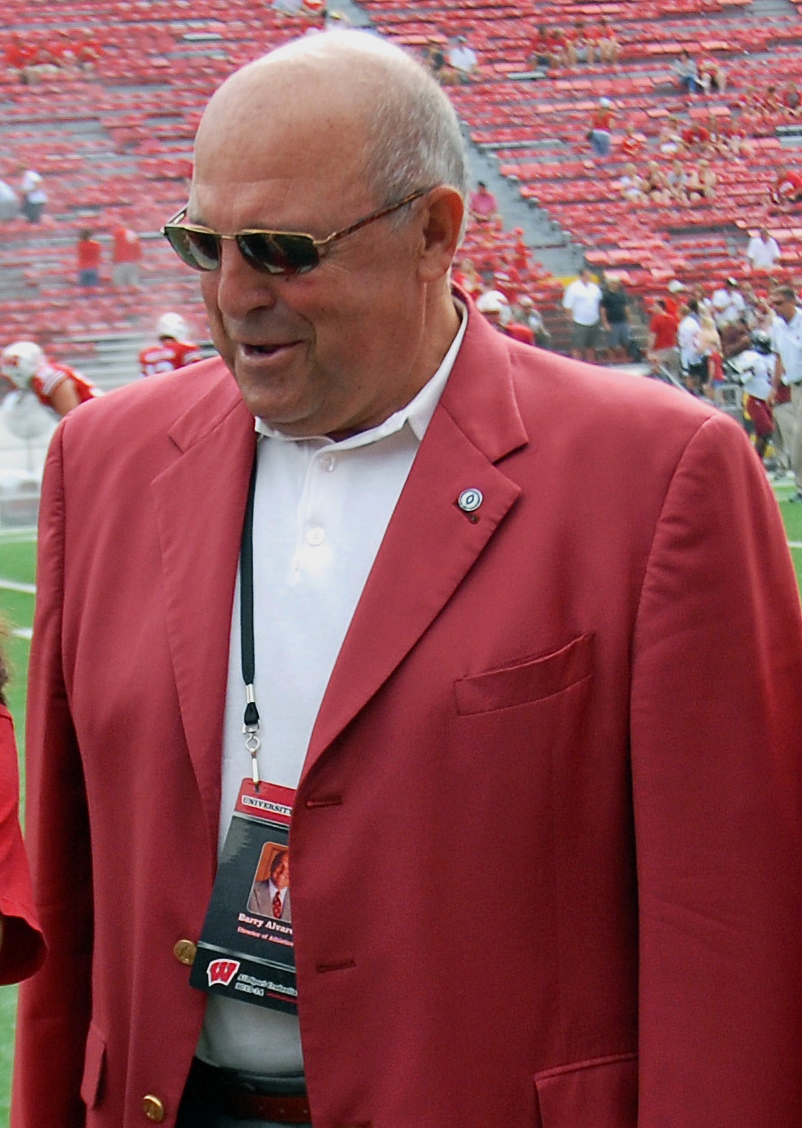 "Barry L. Alvarez" is a former American football coach who is currently the athletic director at the University of Wisconsin–Madison. He served as the head football coach at Wisconsin for 16 seasons, from 1990 to 2005, compiling a career college football record of 118–73–4. He has the longest head coaching tenure and the most wins in Wisconsin Badgers football history. Alvarez stepped down as head coach after the 2005 season, remaining as athletics director.

Bernie blocked better and played better than he's ever played in his career.

The great thing is, I know he can get better. He's critiquing his runs and critiquing his play coming up here. That's what's going to make him better. 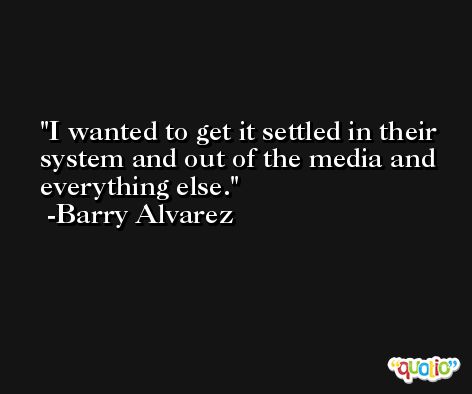 [Where does that leave Butler?] We're trying to get Jerry ready, ... brings something else to the table - that speed of his.

Just how graceful he moves and how athletic he is, he was very impressive in the game, just playing with a lot of confidence and savvy. 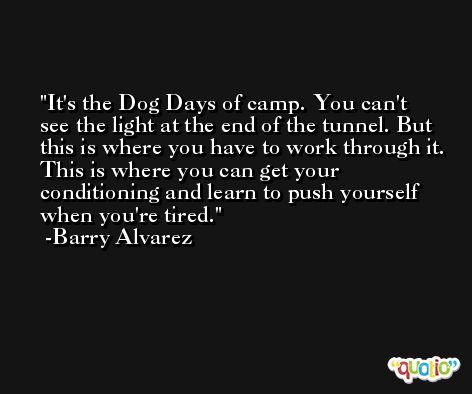 I was familiar with the campus, the community, the stadium, and we felt that we could put these pieces together and build a program, ... My on-the-field memories could fill a book.

You have two ranked teams and I think this is the second-biggest stadium in the country.