"Barbara Kingsolver" is an American novelist, essayist and poet. She was raised in rural Kentucky and lived briefly in the Congo in her early childhood. Kingsolver earned degrees in biology at DePauw University and the University of Arizona and worked as a freelance writer before she began writing novels. Her widely known works include The Poisonwood Bible, the tale of a missionary family in the Congo, and Animal, Vegetable, Miracle, a non-fiction account of her family's attempts to eat locally.

Her work often focuses on topics such as social justice, biodiversity and the interaction between humans and their communities and environments. Each of her books published since 1993 has been on the The New York Times Best Seller list/New York Times Best Seller list. Kingsolver has received numerous awards, including the Dayton Literary Peace Prize's Richard C. Holbrooke Distinguished Achievement Award 2011, UK's Orange Prize for Fiction 2010, for The Lacuna, and the National Humanities Medal. She has been nominated for the PEN/Faulkner Award and the Pulitzer Prize.

In 2000, Kingsolver established the Bellwether Prize to support "literature of social change".

If you enjoy these quotes, be sure to check out other famous novelists! More Barbara Kingsolver on Wikipedia.

I'm of a fearsome mind to throw my arms around every living librarian who crosses my path, on behalf of the souls they never knew they saved. 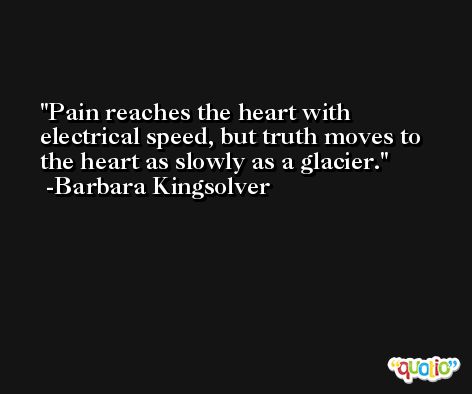 It's surprising how much of memory is built around things unnoticed at the time.

The truth needs so little rehearsal. 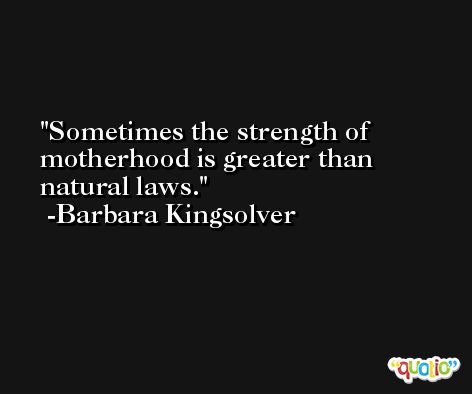 What keeps you going isn't some fine destination but just the road you're on, and the fact that you know how to drive.

Few people know so clearly what they want. Most people can't even think what to hope for when they throw a penny in a fountain. 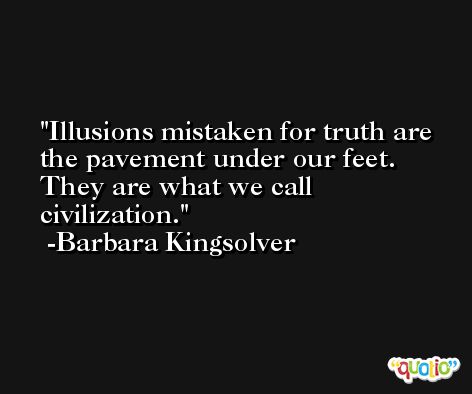 Libraries are the one American institution you shouldn't rip off.

High fashion has the shelf life of potato salad.