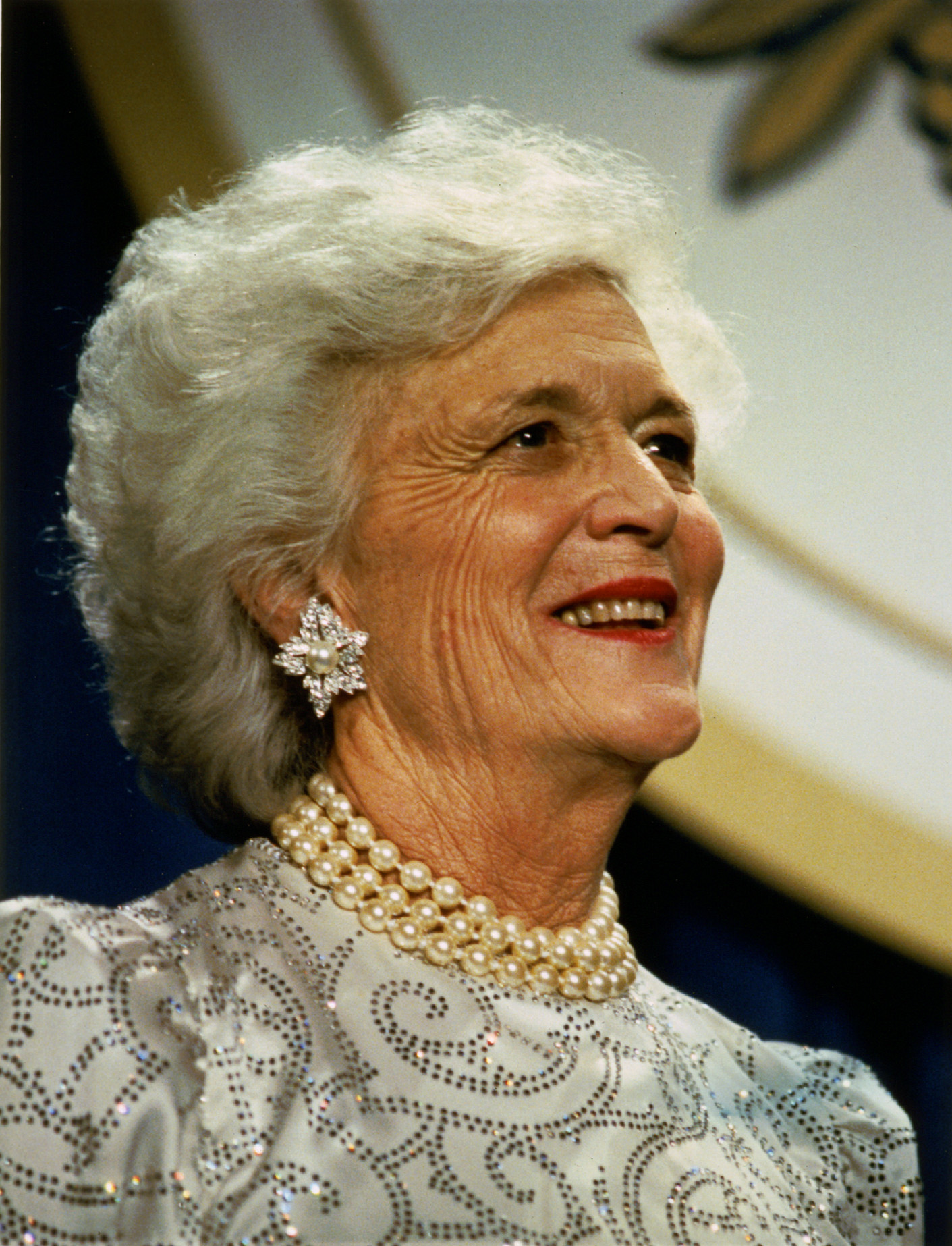 Barbara Pierce was born in New York, New York, attended Rye Country Day School from 1931 to 1937, and is an alumna of Ashley Hall (school)/Ashley Hall School in Charleston, South Carolina. She met George Herbert Walker Bush at age 16, and the two married in 1945, while he was on leave during his deployment as a Naval officer in World War II. They had six children together. The Bush family soon moved to Midland, Texas; as George Bush entered political life, Barbara raised their children.

As wife of the Vice President and then President, Barbara Bush has supported and worked to advance the cause of universal literacy. She founded the Barbara Bush Foundation for Family Literacy while First Lady. Since leaving the White House, she has continued to advance this cause.

Only the actions of the just smell sweet and blossom in the dust.

Some people give time, some money, some their skills and connections, some literally give their life's blood. But everyone has something to give. 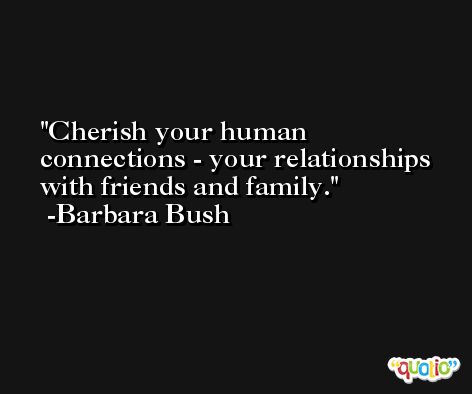 At the end of your life, you will never regret not having passed one more test, not winning one more verdict or not closing one more deal. You will regret time not spent with a husband, a friend, a child, or a parent.

To us, family means putting your arms around each other and being there. 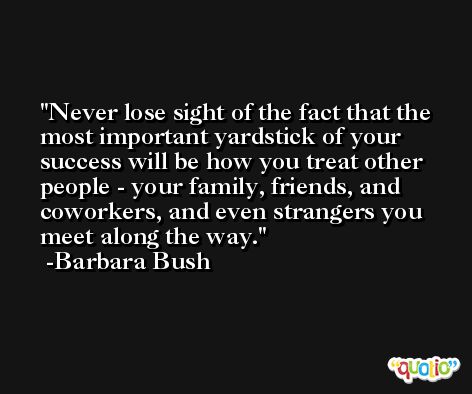 You don't just luck into things as much as you'd like to think you do. You build step by step, whether it's friendships or opportunities.

I married the first man I ever kissed. When I tell my children that they just about throw up. 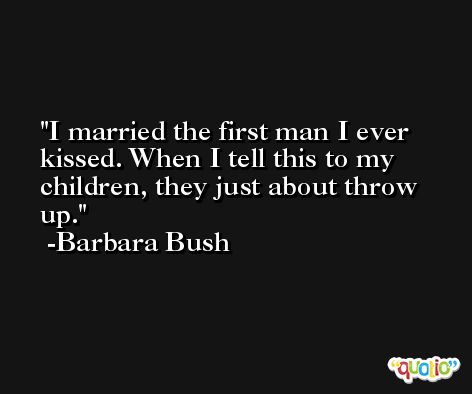 War is not nice.