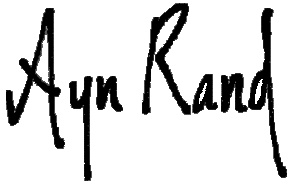 "Ayn Rand" was a Russian-American novelist, philosopher, playwright, and screenwriter. She is known for her two best-selling novels, The Fountainhead and Atlas Shrugged, and for developing a philosophical system she called Objectivism (Ayn Rand)/Objectivism. Born and educated in Russian American/Russia, Rand moved to the United States in 1926. She had a play produced on Broadway in 1935–1936. After two early novels that were initially unsuccessful in America, she achieved fame with her 1943 novel, The Fountainhead.

If you enjoy these quotes, be sure to check out other famous writers! More Ayn Rand on Wikipedia.

Whatever their future, at the dawn of their lives, men seek a noble vision of man's nature and of life's potential. 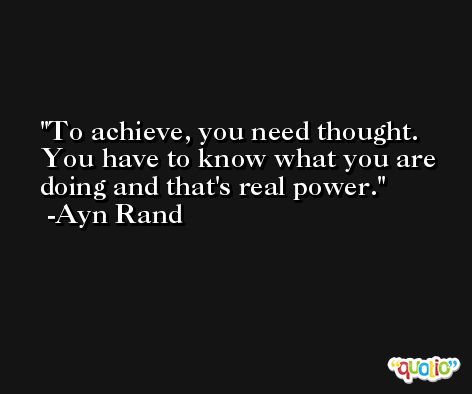 Happiness is that state of consciousness which proceeds from the achievement of one's values. 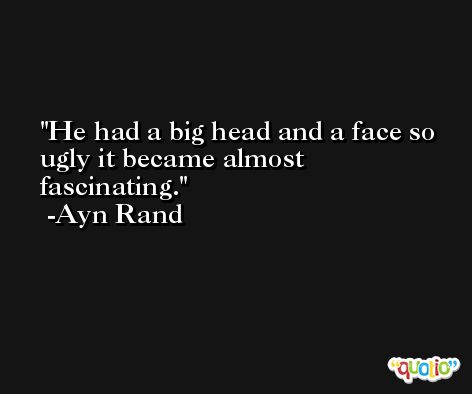 I swear by my life and my love of it that I will never live for the sake of another man, nor ask another man to live for mine.

Independence is the recognition of the fact that yours is the responsibility of judgment and nothing can help you escape it. 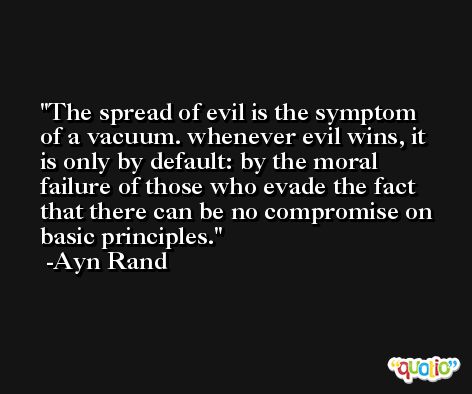 The right to vote is a *consequence*, not a primary cause, of a free social system -- and its value depends on the constitutional structure implementing and strictly delimiting the voters' power; unlimited majority rule is an instance of the principle of tyranny.

Upper classes are a nation's past; the middle class is its future. 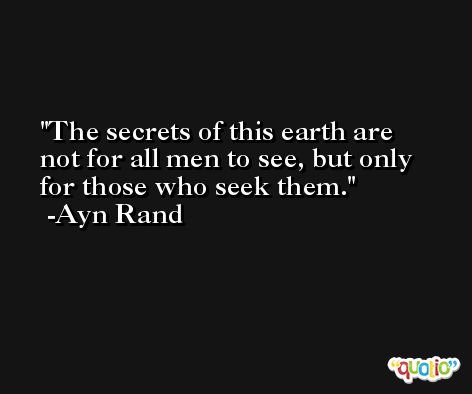 Rationality is the recognition of the fact that nothing can alter the truth and nothing can take precedence over that act of perceiving it. 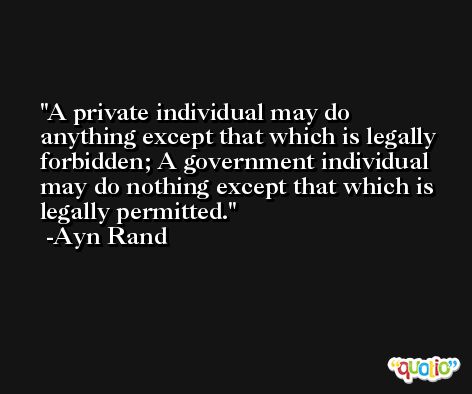 Honesty is the recognition of the fact that the unreal is unreal and can have no value, that neither love nor fame nor cash is a value if obtained by fraud.

Guilt is a rope that wears thin. 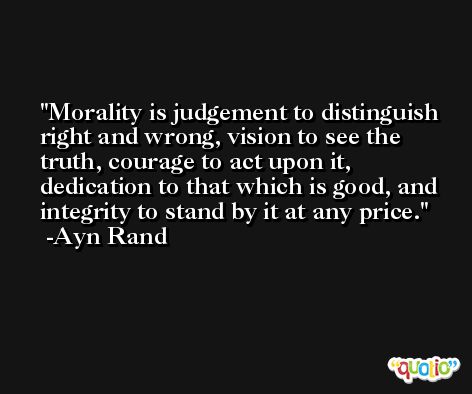 James, you ought to discover some day that words have an exact meaning.

The purpose of morality is to teach you, not to suffer and die, but to enjoy yourself and live. 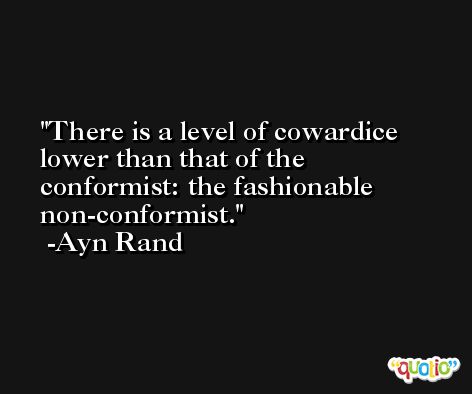