"Aung San Suu Kyi" Companion of the Order of Australia/AC is a Burma/Burmese Opposition (politics)/opposition politician and chairperson of the National League for Democracy (NLD) in Burma. In the Burmese general election, 1990/1990 general election, the NLD won 59% of the national votes and 81% (392 of 485) of the seats in Parliament. She had, however, already been detained under house arrest before the elections. She remained under house arrest in Burma for almost 15 of the 21 years from 20 July 1989 until her most recent release on 13 November 2010, becoming one of the world's most prominent political prisoners.

Suu Kyi received the Rafto Prize and the Sakharov Prize/Sakharov Prize for Freedom of Thought in 1990 and the Nobel Peace Prize in 1991. In 1992 she was awarded the Jawaharlal Nehru Award/Jawaharlal Nehru Award for International Understanding by the government of India and the International Simón Bolívar Prize from the government of Venezuela. In 2007, the Government of Canada made her an honorary citizen of that country, the fourth person ever to receive the honour. In 2011, she was awarded the Wallenberg Medal.

On 19 September 2012, Aung San Suu Kyi was also presented with the Congressional Gold Medal, which is, along with the Presidential Medal of Freedom, the highest civilian honour in the United States.

If you enjoy these quotes, be sure to check out other famous activists! More Aung San Suu Kyi on Wikipedia.

As long as the conditions remain safe.

It cannot be doubted that in most countries today women, in comparison to men, still remain underprivileged. 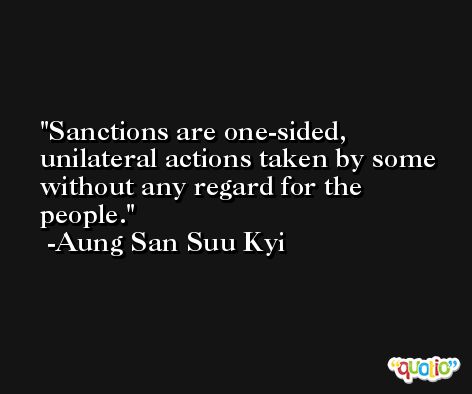 The history of the world shows that peoples and societies do not have to pass through a fixed series of stages in the course of development.

Human beings the world over need freedom and security that they may be able to realize their full potential. 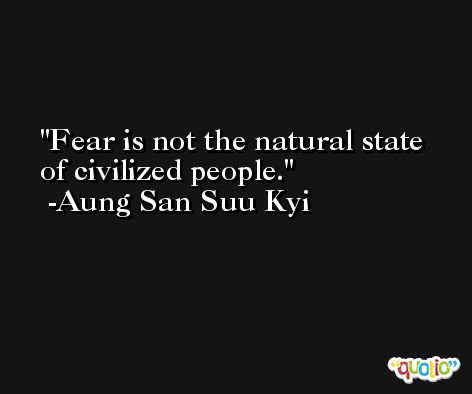 The provision of basic material needs is not sufficient to make minority groups and indigenous peoples feel they are truly part of the greater national entity. For that they have to be confident that they too have an active role to play in shaping the destiny of the state that demands their allegiance. 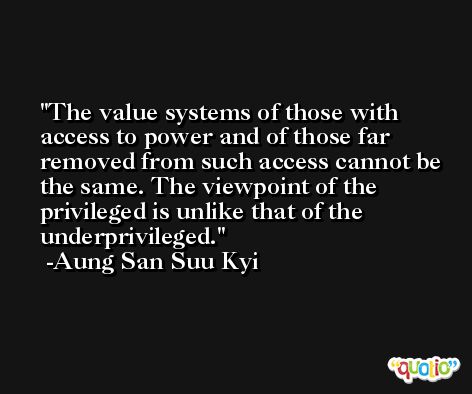