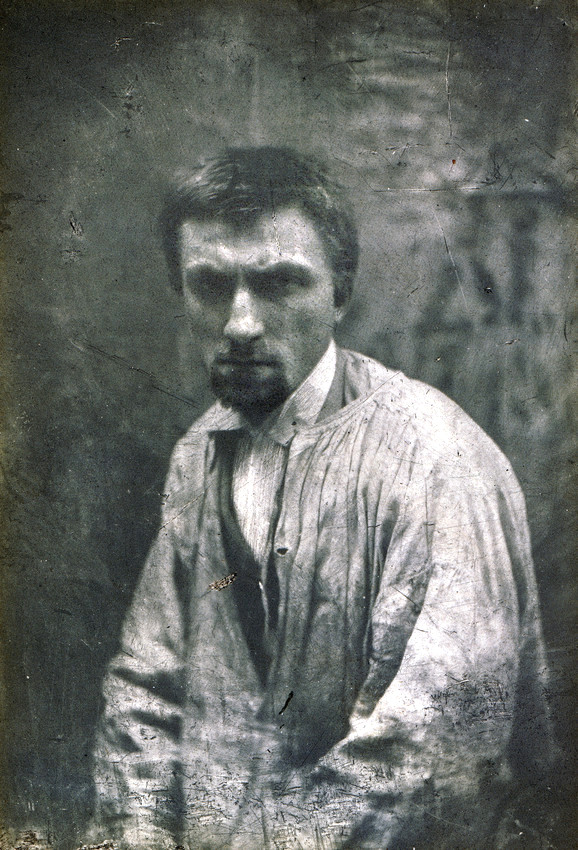 "François-Auguste-René Rodin", known as "Auguste Rodin" ( ; ), was a French Sculpture/sculptor. Although Rodin is generally considered the progenitor of modern sculpture, he did not set out to rebel against the past. He was schooled traditionally, took a craftsman-like approach to his work, and desired academic recognition, although he was never accepted into Paris's foremost school of art.

Sculpturally, Rodin possessed a unique ability to model a complex, turbulent, deeply pocketed surface in clay. Many of his most notable sculptures were roundly criticized during his lifetime. They clashed with the predominant figure sculpture tradition, in which works were decorative, formulaic, or highly thematic. Rodin's most original work departed from traditional themes of mythology and allegory, modeled the human body with realism, and celebrated individual character and physicality. Rodin was sensitive to the controversy surrounding his work, but refused to change his style. Successive works brought increasing favor from the government and the artistic community.

If you enjoy these quotes, be sure to check out other famous sculptors! More Auguste Rodin on Wikipedia.

There are unknown forces in nature; when we give ourselves wholly to her, without reserve, she lends them to us; she shows us these forms, which our watching eyes do not see, which our intelligence does not understand or suspect.

Man enjoys living on the edge of his dreams and neglects the real things of the world which are so beautiful. The ignorant and indifferent destroy beautiful things merely by looking at the m. (Things that) remake the soul of him who understands them. 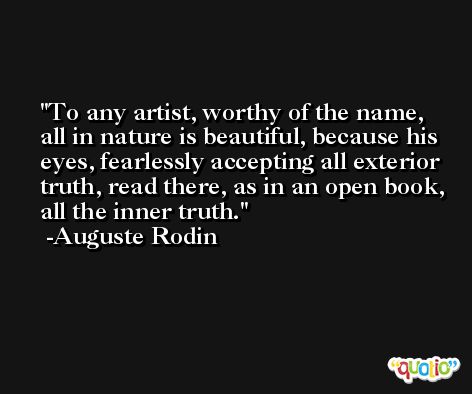 Inside you there's an artist you don't know about. He's not interested in how things look different in moonlight.

I choose a block of marble and chop off whatever I don't need. 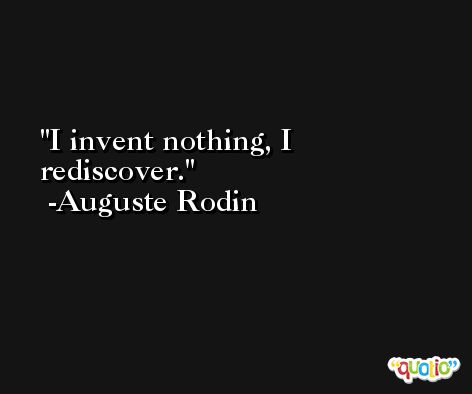 True artists are almost the only men who do their work for pleasure.