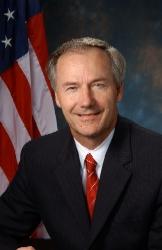 "William Asa Hutchinson" is an American politician who has been the 46th Governor of Arkansas since 2015. Previously he was United States Attorney/U.S. Attorney for the Fort Smith, Arkansas/Fort Smith-based Western District of Arkansas, Congressperson/U.S. Congressman from the Third District of Arkansas, Administrator of the U.S. Drug Enforcement Administration (DEA) and the first Undersecretary for Border & Transportation Security at the U.S. Department of Homeland Security.

In 2006, Hutchinson was the Republican Party (United States)/Republican candidate for Arkansas gubernatorial election, 2006/governor of Arkansas and lost to Democratic Party (United States)/Democrat Mike Beebe, the outgoing Attorney General of Arkansas/state attorney general. In 2014 Hutchinson was again the Republican nominee for Governor, this time winning the election over Democrat Mike Ross (politician)/Mike Ross to become Governor of Arkansas.

If you enjoy these quotes, be sure to check out other famous lawyers! More Asa Hutchinson on Wikipedia.

Right now, it (CAPPS) is random.

He's a man of great courage, integrity and patriotism, and a good friend. 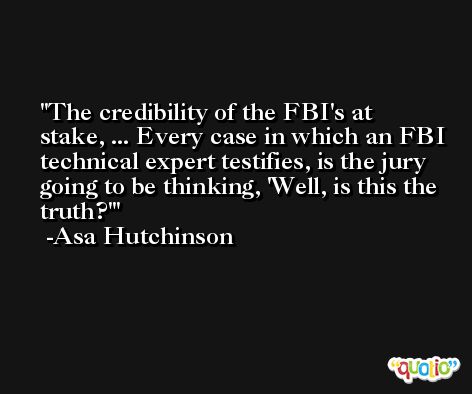 When I saw the plan for the DRA, I was so impressed that I signed on as a co-sponsor. I felt the DRA was not only good for the Delta but Arkansas as a whole.

Take on the task. Believe in the Sovereign God and you will accomplish the goal that you set before you. There takes a lot of planning in economic development. 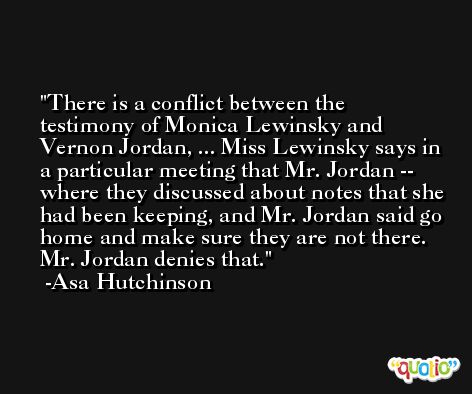 Whenever we get this kind of intelligence, we regularly share that with our homeland security advisers in every state so they have the same information we have, ... But whenever it is nonspecific, that means it is difficult to mount an operational response. And so we share the information -- we don't raise the threat level.

The City of Chicago has invested in enhanced cameras and surveillance equipment around the city, particularly at the airports and train stations.