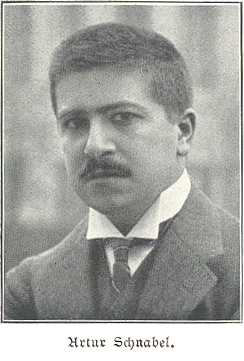 "Artur Schnabel" was an Austrian Classical music/classical pianist, who also composer/composed and taught. Schnabel was known for his intellectual seriousness as a musician, avoiding pure technical bravura. Among the 20th century's most respected and most important pianists, his playing displayed marked vitality, profundity and spirituality in the Austro-German classics, particularly the works of Ludwig van Beethoven/Beethoven and Franz Schubert/Schubert. His performances of these compositions have often been hailed as models of interpretative penetration, and his best-known recordings are those of the Beethoven piano sonatas. Harold C. Schonberg referred to Schnabel as "the man who invented Beethoven".

If you enjoy these quotes, be sure to check out other famous musicians! More Artur Schnabel on Wikipedia.

I know two kinds of audiences only - one coughing, and one not coughing.

Applause is a receipt, not a bill. 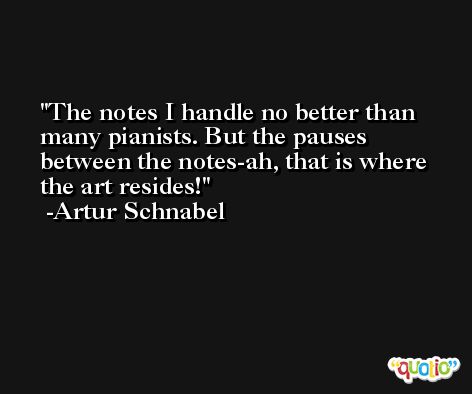