"Arthur Melvin Spander" is an award-winning American sports writer. Through 7/21/08, he was a columnist for the Oakland Tribune/MediaNews and the American columnist for the Scotland Sunday Herald and the London-based Daily Telegraph. In 1999 he was awarded the McCann Award, earning him a spot in the Pro Football Hall of Fame and in 2007 he was honored with the Masters Major Achievement Award.

Spander began his career as a news writer for United Press International in Los Angeles in 1960, and started writing sports full-time in 1963 for the Santa Monica Outlook where he was the beat writer for the Los Angeles Rams and Los Angeles Dodgers and covered UCLA and USC football and basketball. In 1965 he moved to the San Francisco Chronicle, where he covered golf, football, baseball and basketball. Spander became the lead sports columnist for the San Francisco Examiner in 1979.

The great thing about democracy is that it gives every voter a chance to do something stupid.

I don't think the Giants would trade him because the business of going after the home run record may be the only thing that sells tickets next season. 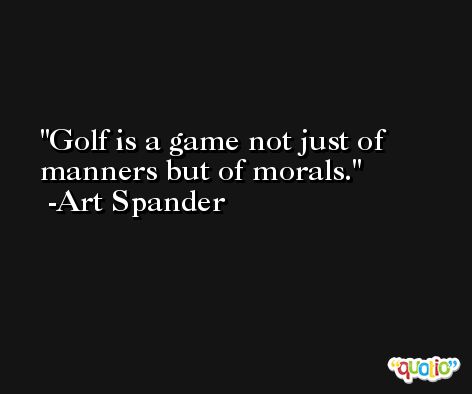 The longer you stay in one place, the greater your chances of disillusionment.

The Giants don't want to see Bonds breaking the home run record in the uniform of another team.