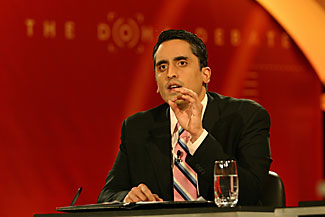 "Arsalan Iftikhar" is an American international human rights lawyer, global media commentator and author of the book Islamic Pacifism: Global Muslims in the Post-Osama Era. Arsalan is the founder of [http://www.TheMuslimGuy.com TheMuslimGuy.com] and he also serves as senior editor for [http://www.theislamicmonthly.com The Islamic Monthly] magazine.

Arsalan has been an adjunct professor of religious studies at DePaul University and he is also a member of the Asian American Journalists Association (AAJA) and Reporters San Frontieres (Reporters Without Borders). He also won the 2013 Distinguished Young Alumni Award from Washington University School of Law in St. Louis.

In May 2011, Arsalan was named one of the top 12 Muslim Twitter accounts in the world by The Huffington Post, and he was also a featured interview for a December 2012 ABC News documentary called "Back to the Beginning" by Christiane Amanpour, on the shared origins of the major world religions today.

It is the duty of all those who value the Constitution to state that no one, not even a president, is above the law.

It's an interesting phenomenon. I think a lot of it revolves around immigration laws. 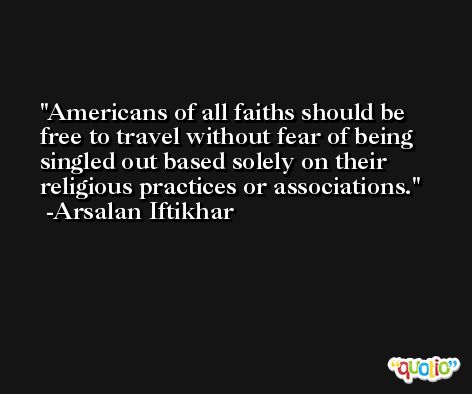 Regardless of what faith you are, if any prophet is depicted in that horrific of a manner, then that obviously is going to upset quite a few people.

What we're most concerned about is the safety of our own soldiers. It only tarnishes our image even further and serves as fodder for the insurgents and terrorists. 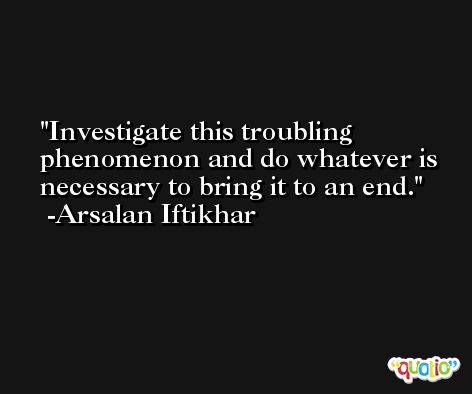 We'd like our federal law enforcement agencies to know the American Muslim community stands firmly behind protecting our nation's borders. But, at the same time, we are not willing to give up our guaranteed constitutional and legal rights in order to do that.

Unfortunately, I see the Boston case as indicative of a growing trend in anti-Muslim rhetoric that has grown after 9/11. 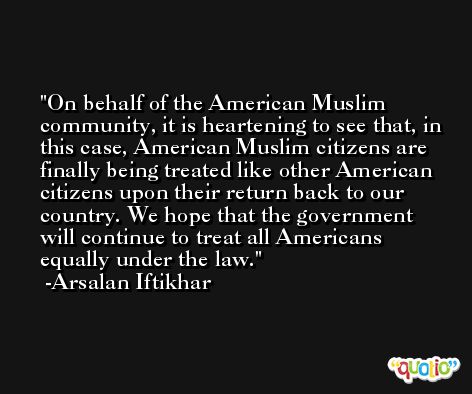