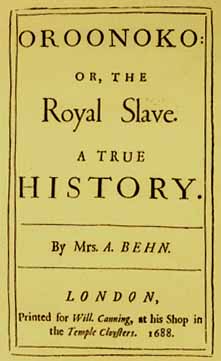 "Aphra Behn" was a prolific dramatist of the English Restoration, one of the first English professional female literary writers. Along with Delarivier Manley and Eliza Haywood, she is sometimes referred to as part of "The fair triumvirate of wit."

Little is known for certain about Behn's life except for her work as an author and as a spy for the British crown. There is almost no documentary evidence of the details of her first 27 years. She possibly spent time in Surinam, although much of her fiction has become entwined with her apocryphal biography. During the 1660s she was deployed as a political operative in the Netherlands. Facing debt and poverty Behn embarked on a writing career, producing over 19 plays, plus poetry, translation and novels. Despite success in her own lifetime, Behn died in poverty.

The bawdy topics of many of her plays led to her oeuvre being ignored or dismissed after her death. Although her reputation slowly improved during the 20th century, she is still little known to modern audiences.

If you enjoy these quotes, be sure to check out other famous dramatists! More Aphra Behn on Wikipedia.

Patience is a flatterer, sir and an ass, sir.

That perfect tranquillity of life, which is nowhere to be found but in retreat, a faithful friend and a good library. 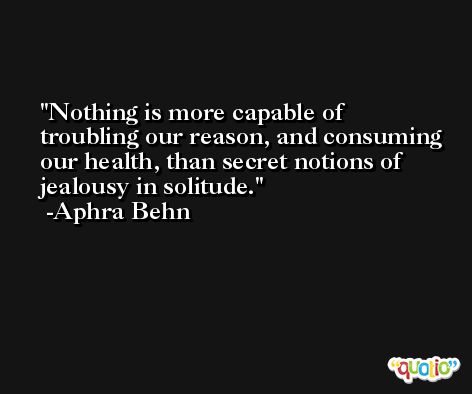 Money speaks sense in a language all nations understand.

One hour of right-down love is worth an age of dully living on. 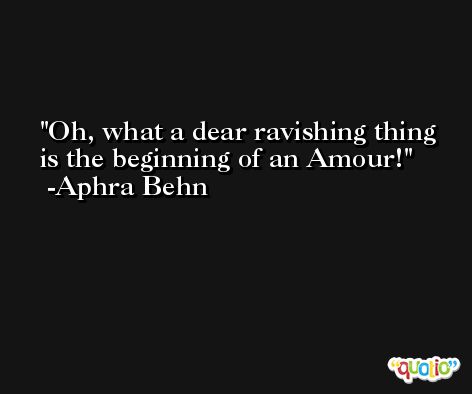 He that knew all that learning ever writ, Knew only this - that he knew nothing yet. 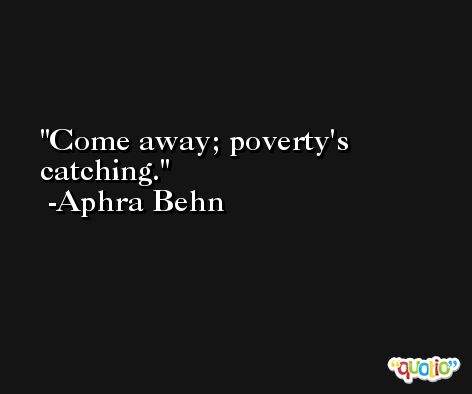 Variety is the soul of pleasure.