"Sir Antony Rupert Jay", Order of the British Empire/CBE Royal Victorian Order/CVO is an English writer, broadcaster and director, famous for the co-authorship, with Jonathan Lynn, of the successful British political comedies Yes Minister and Yes Minister/Yes, Prime Minister (1980–88). He has also written The Householder's Guide to Community Defence Against Bureaucratic Aggression (1972).

Sir Antony had a distinguished career as a broadcaster and in public relations, for which he was created a Knight Bachelor in 1988. He also wrote the BBC TV documentaries Royal Family and Elizabeth R: A Year in the Life of the Queen, for which he was appointed a Commander of the Royal Victorian Order (CVO) for personal services to the Royal Family. Jay was also a partner with John Cleese in the Video Arts training film production company.

If you enjoy these quotes, be sure to check out other famous writers! More Antony Jay on Wikipedia.

Men grow to the stature to which they are stretched when they are young.

You can judge a leader by the size of the problem he tackles. Other people can cope with the waves, it's his job to watch the tide. 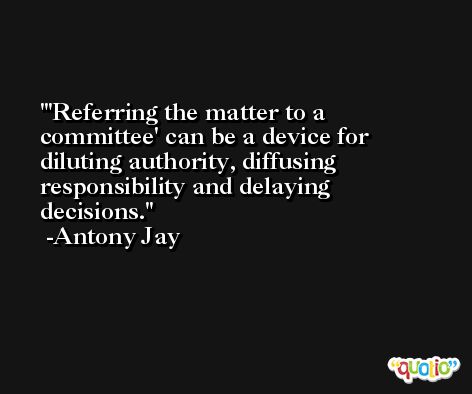 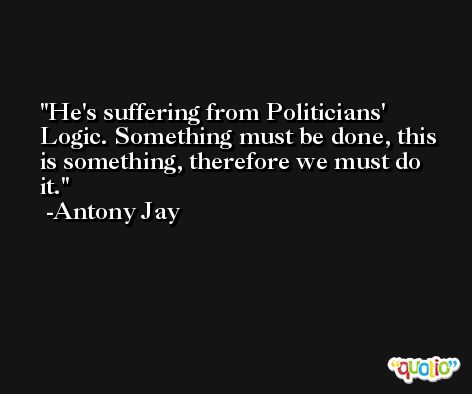