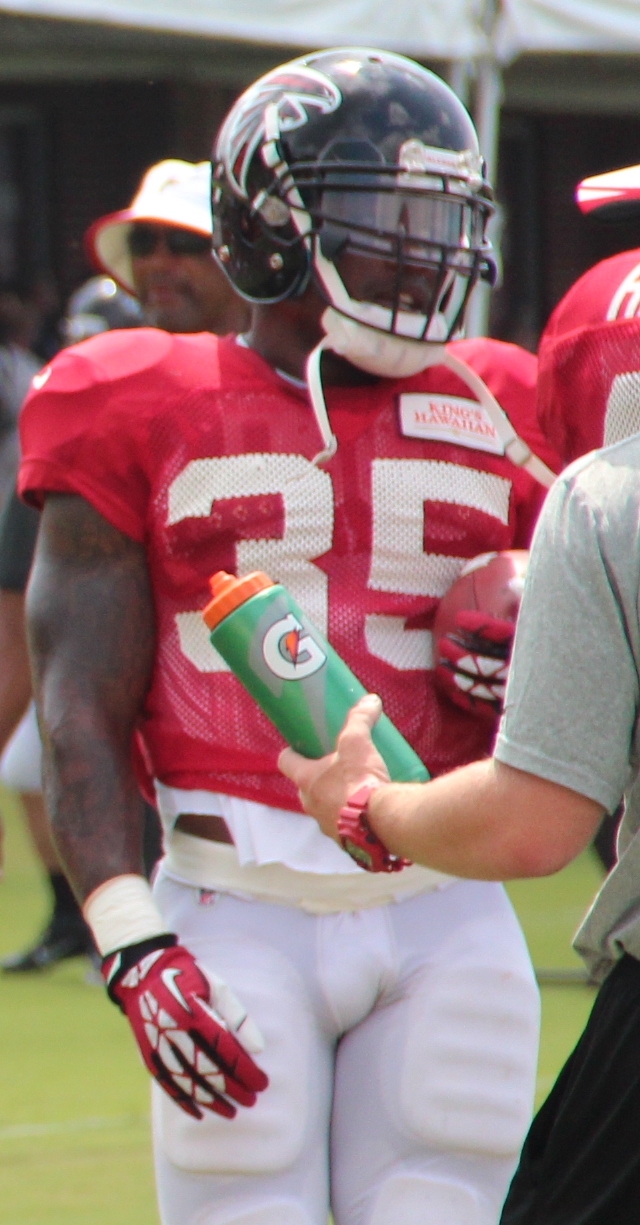 "Antone Smith" is an American football running back for the Atlanta Falcons of the National Football League. He was signed by the Detroit Lions as an undrafted free agent in 2009. He played college football at Florida State Seminoles football/Florida State.

Smith has also been a member of the Minnesota Vikings and Houston Texans.

Now I feel like I'm really getting the opportunity to show what I do the best, and what I did in high school. I'm very happy now.

They are pushing, getting real physical and fighting everybody.