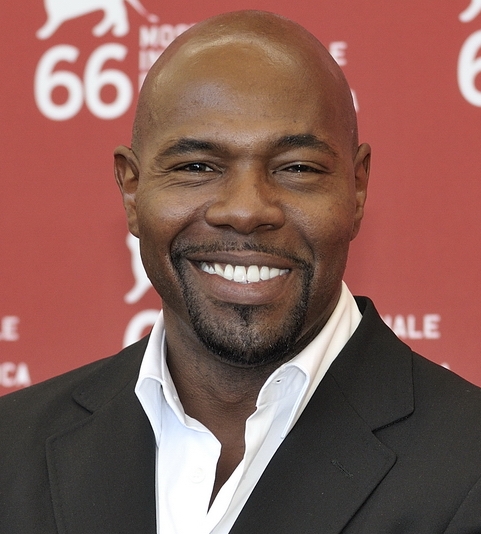 "Antoine Fuqua" is an American film director. His first feature film was the action film The Replacement Killers (1998). He then directed the crime thriller Training Day (2001), in which star Denzel Washington won an Oscar, the action war drama Tears of the Sun (2003), the Arthurian legend film King Arthur (film)/King Arthur (2004), the conspiracy action thriller Shooter (2007 film)/Shooter (2007), the crime film Brooklyn's Finest (2010), and the action thrillers Olympus Has Fallen (2013) and The Equalizer (film)/The Equalizer (2014), which pairs Fuqua with Denzel Washington again.

If you enjoy these quotes, be sure to check out other famous directors! More Antoine Fuqua on Wikipedia.

If ICM can't get that movie made, then you have to go somewhere else where you can.

I'd seen too many shrines in South Central and thought it was worth asking where the first bullet came from that started all this violence. 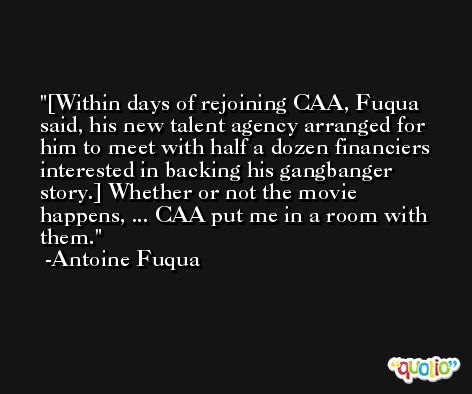