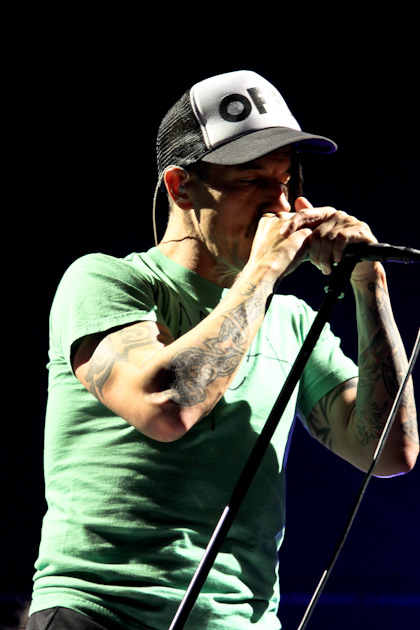 "Anthony Kiedis" is an American musician, best known as the lead singer and lyricist of the band Red Hot Chili Peppers with whom he has fronted since their inception in 1983. The band has recorded ten studio albums and as a member, Kiedis was inducted into the Rock and Roll Hall of Fame in 2012.

Kiedis is also an occasional actor, having appeared in the films F.I.S.T., Point Break, and The Chase (1994 film)/The Chase. In 2004, he published his autobiography, titled Scar Tissue (book)/Scar Tissue.

If you enjoy these quotes, be sure to check out other famous musicians! More Anthony Kiedis on Wikipedia.

An exciting part of our existence right now is [the prospect of] getting to go out and play from 28 new songs. Normally you go out on the road and have 14 new songs to integrate into your set list, and now we have twice that, which really makes the whole thing different and more unpredictable and wild.

We'll be releasing more in Spanish. We love the energy that we get out of Latin American audiences. 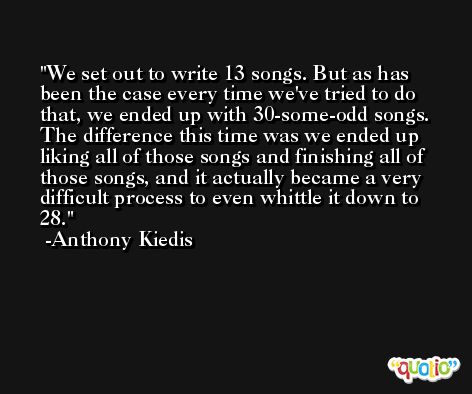