"Sir Anthony Hope Hawkins", better known as "Anthony Hope", was an English novelist and playwright. He was a prolific writer, especially of adventure novels but he is remembered best for only two books: The Prisoner of Zenda (1894) and its sequel Rupert of Hentzau (1898). These works, "minor classics" of English literature, are set in the contemporaneous fictional country of Ruritania and spawned the genre known as Ruritanian romance. Zenda has inspired The Prisoner of Zenda#Adaptations/many adaptations, most notably the The Prisoner of Zenda (1937 film)/1937 Hollywood movie of the same name.

If you enjoy these quotes, be sure to check out other famous writers! More Anthony Hope on Wikipedia.

Oh, for an hour of Herod!

`Boys will be boys -' `And even that wouldn't matter if we could only prevent girls from being girls.' 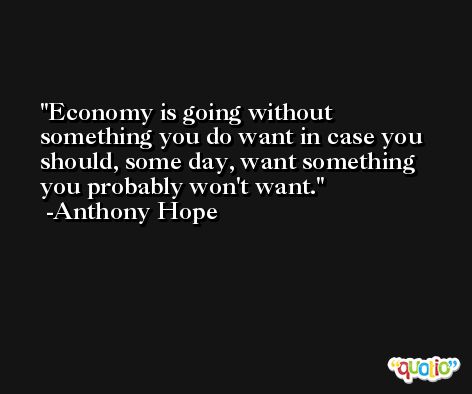 Unless one is a genius, it is best to aim at being intelligible.

He is very fond of making things which he does not want, and then giving them to people who have no use for them. 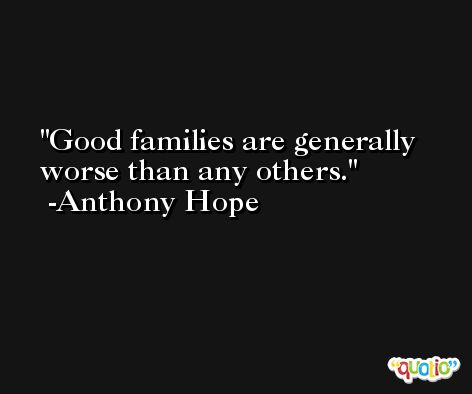 I wish you would read a little poetry sometimes. Your ignorance cramps my conversation.

I may not understand, but I am willing to admire. 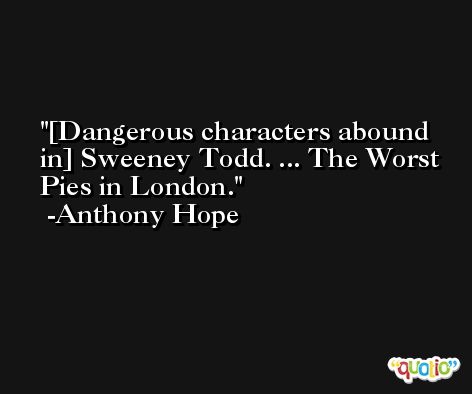