"Robert Anthony Eden, 1st Earl of Avon", Order of the Garter/KG, Military Cross/MC, Privy Council of the United Kingdom/PC was an English Conservative Party (UK)/Conservative politician who was Prime Minister of the United Kingdom from 1955 to 1957. He was also Secretary of State for Foreign and Commonwealth Affairs/Foreign Secretary for three periods between 1935 and 1955, including the last five years of the World War II/Second World War. He is best known for his outspoken opposition to appeasement in the 1930s; his diplomatic leadership in the 1940s and 1950s; and the failure of his Middle East policy in 1956, which ended his premiership.

If you enjoy these quotes, be sure to check out other famous politicians! More Anthony Eden on Wikipedia.

You may gain temporary appeasement by a policy of concession to violence, but you do not gain lasting peace that way. 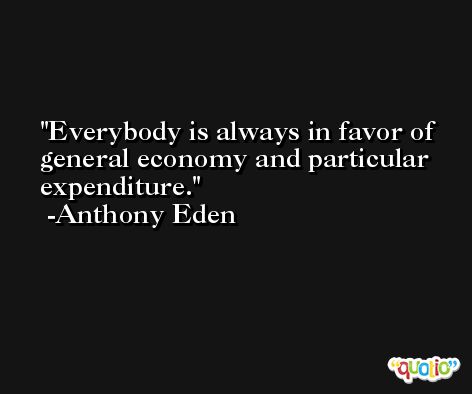 Man should be master of his environment, not its slave. That is what freedom means.

If you've broken the eggs, you should make the omelette. 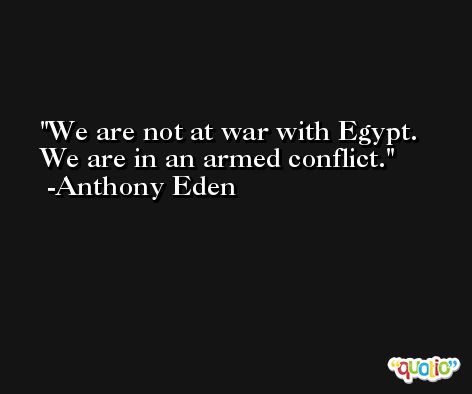